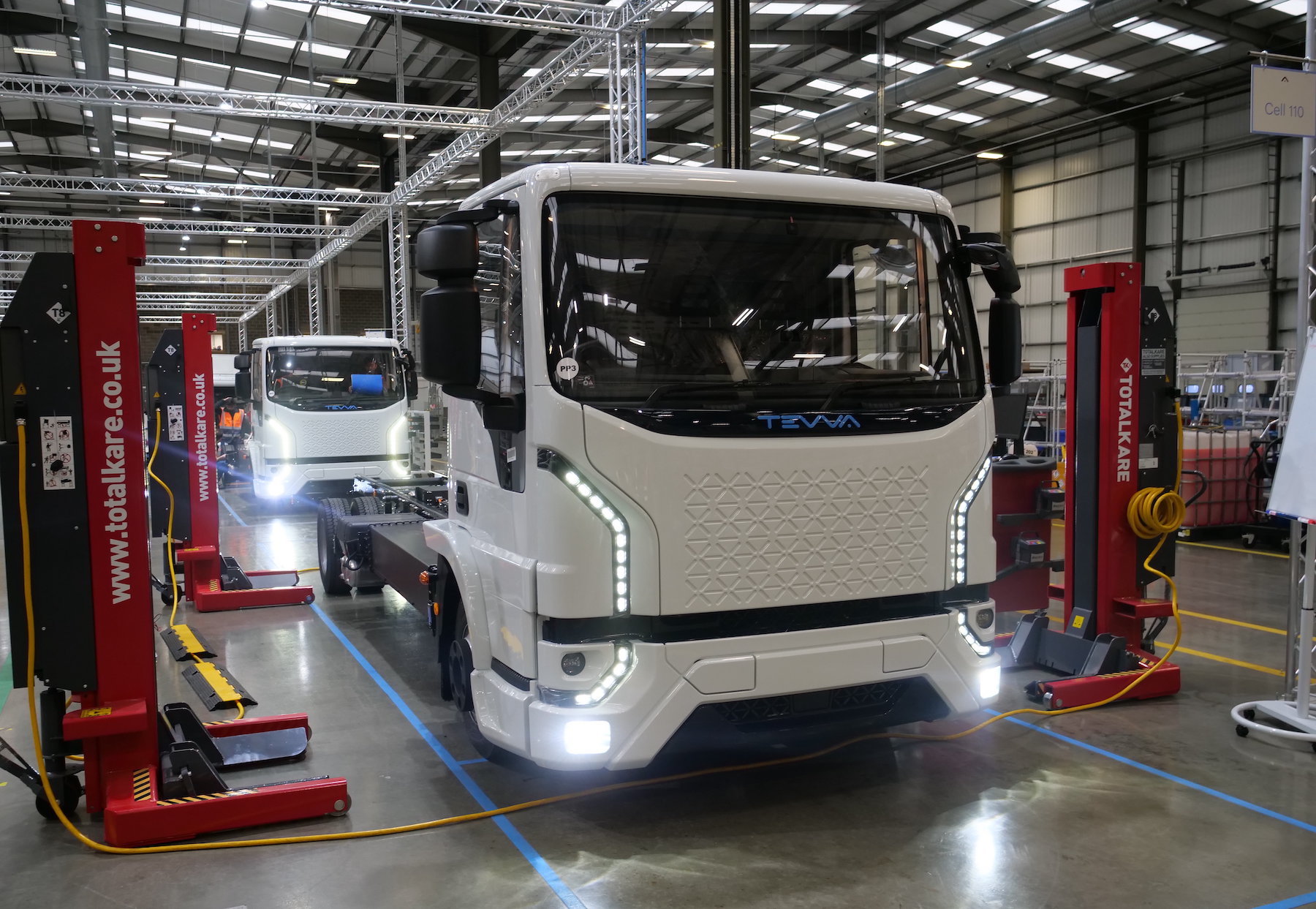 Truck manufacturer Tevva has received regulatory approval for its 7.5-tonne electric truck, paving the way for the company to begin mass production at its facility in Tilbury, a port town east of London.

According to Tevva, it is the first British firm to be given EC Whole Vehicle Type Approval – a confirmation that the vehicle meets certain standards – for a 7.5-tonne battery-electric truck. The approval lets Tevva sell its trucks in the UK and across Europe.

“We are on a mission to make sustainable trucks accessible at scale and believe our technology will empower the transport sector and the governments of Europe to meet their net-zero goals,” said Asher Bennett, founder and CEO, Tevva.

Tevva is also working on a 12-tonne and 19-tonne version of its electric truck, as well as hydrogen-electric variants.

Customers of Tevva include UPS, Royal Mail and Travis Perkins. The company expects to sell 1,000 electric trucks this year.

“By embracing both hydrogen and electric fuel sources, we can rethink the energy mix in transport, reduce strain on our electricity grid and accelerate electric truck adoption,” added Bennett.

Its 7.5-tonne electric truck has a 105 kWh battery that provides a range of up to 140 miles, with the hydrogen model boasting 354 miles and is to be released this year.

Last year Tevva raised £41m to fund the production of its electric and electric-hydrogen 7.5-tonne trucks.

Other companies looking to make use of hydrogen as a fuel source are Toyota, which is looking at a hydrogen version of its Hilux pickup truck.

The post Tevva gets approval to start mass production of e-trucks at Tilbury appeared first on UKTN | UK Tech News.

How can IT leaders tackle a toxic team environment?