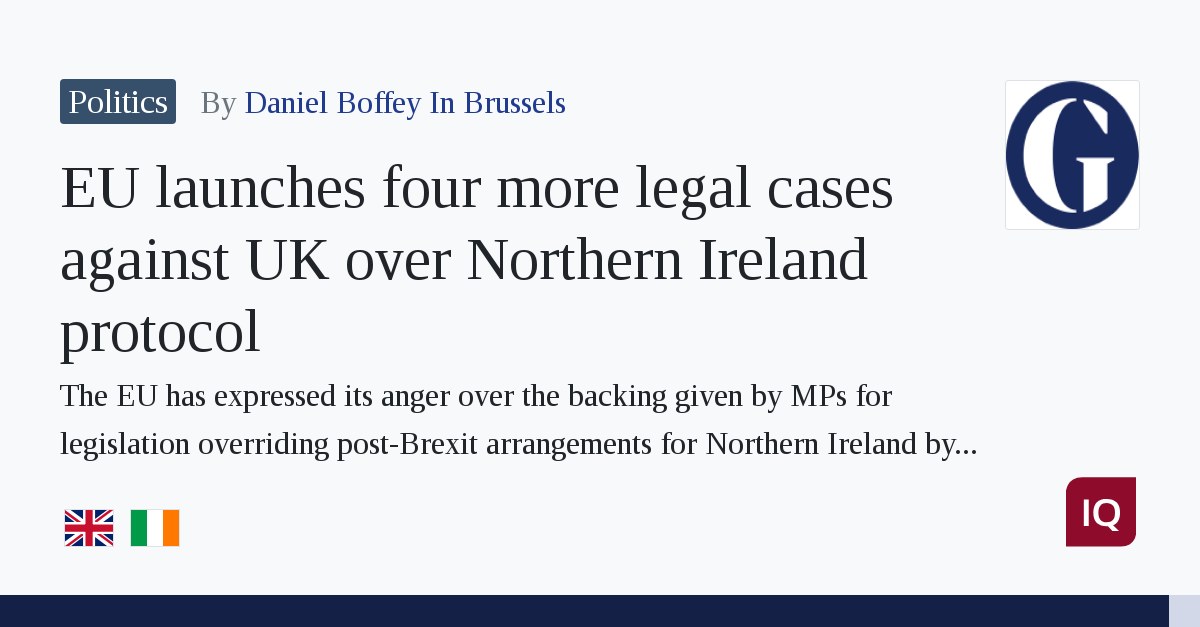 The EU has expressed its anger over the backing given by MPs for legislation overriding post-Brexit arrangements for Northern Ireland by launching a further four legal cases against the UK government.

The claims concern past failures to implement the 2019 deal agreed with Boris Johnson but the EU has been spurred to act by the passage through parliament of a bill that would rip up current arrangements.

Ancoris Partners with University of Exeter to Support Digital Transformation

Complaints against universities in England and Wales hit record levels

Ukraine has won the battle of Kharkiv, analysts...