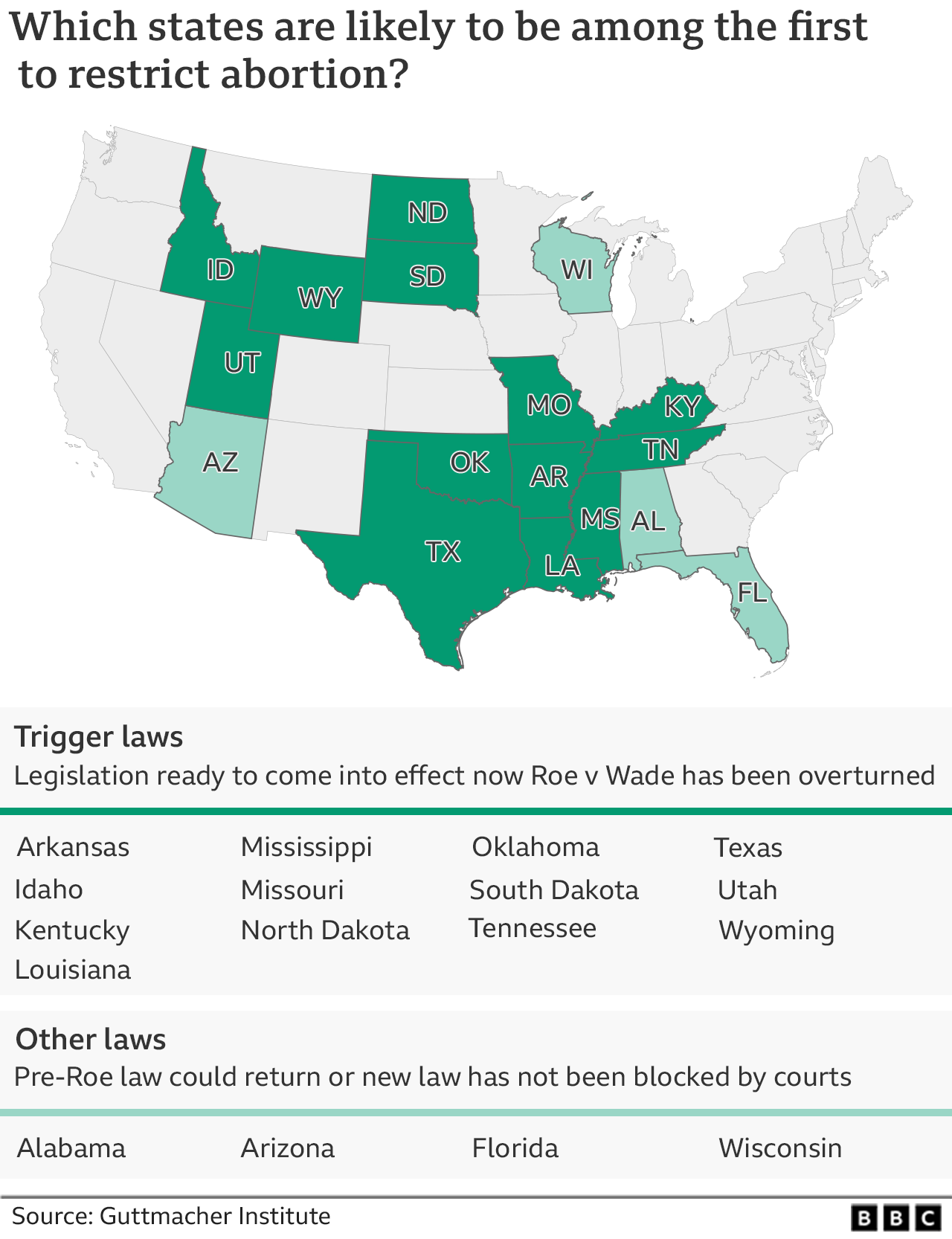 Utah among first states to outlaw almost all abortions, while mayor of Washington DC declares it ‘pro-choice city’

Abortion was already illegal in multiple US states on Saturday, with bans introduced within hours of Roe v Wade being overturned, as cities erupted in protest at the landmark ruling.

It came after the US supreme court on Friday abolished the constitutional right to abortion, more than 50 years after it was established, leaving individual states to decide. It is ultimately expected to lead to abortion bans in about half of the states.

Revealed: dozens of vulnerable asylum seekers have died in Home Office housing since 2020

Scenes from a presidency – in pictures