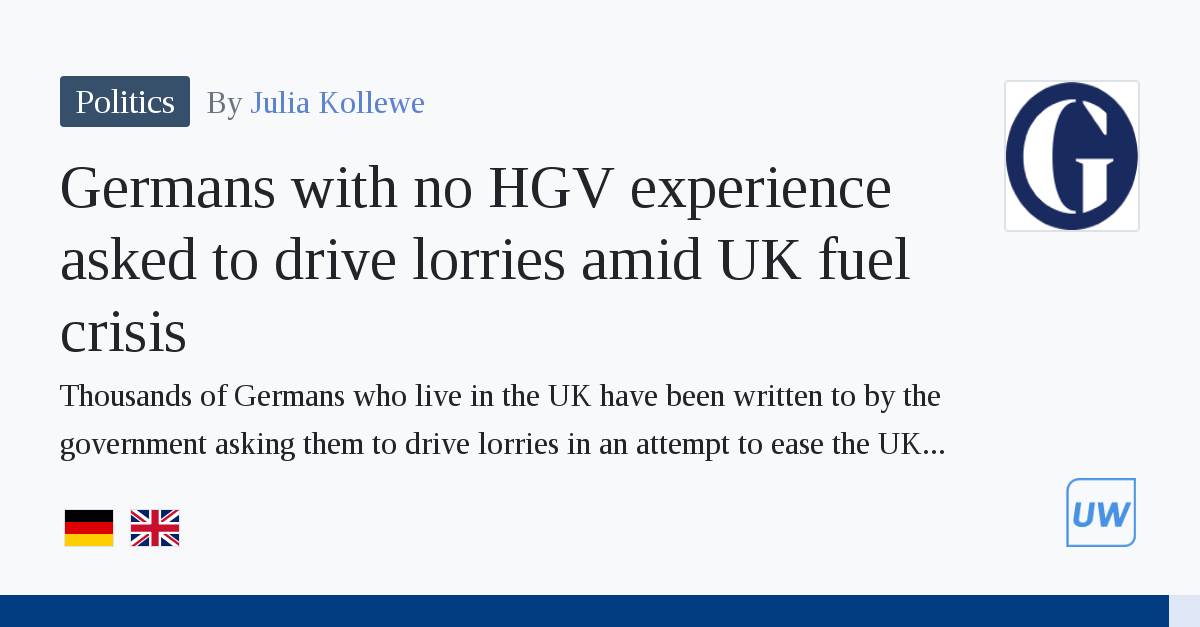 Thousands of Germans who live in the UK have been written to by the government asking them to drive lorries in an attempt to ease the UK fuel crisis, even though the majority have never been at the wheel of an HGV.

They were included in a 1m-letter mass mailing that also tried to recruit ambulance drivers to get behind the wheel of lorries.

‘I was appalled to be tarred as misogynist’: Variety critic hits back at Carey Mulligan’s sexism accusations

Homebuyers warned of scams as end of stamp...