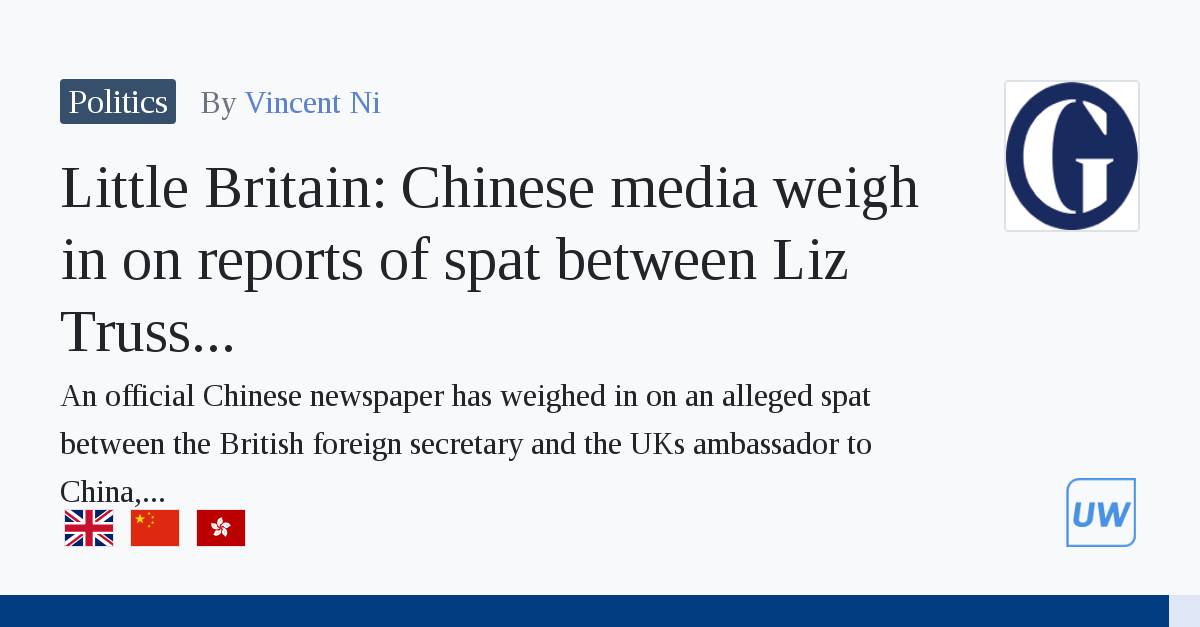 ‘Little Britain’: Chinese media weigh in on reports of spat between Liz Truss and UK envoy

An official Chinese newspaper has weighed in on an alleged spat between the British foreign secretary and the UK’s ambassador to China, suggesting Liz Truss was “a radical populist” and quoting Chinese internet users calling the UK “Little Britain”.

The alleged row between Truss and Caroline Wilson, the British ambassador to China, was first reported by the Times early this month.

Average size of hyperscale datacentres is on the rise

When Remote Work Is the Norm, You’ve Got...

Zuora and Stripe partner to accelerate the growth...

Labour indicates it would back gradual rise in...