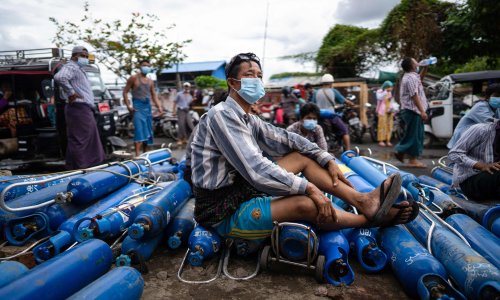 Firefighter drowns and army deployed amid severe flooding in Germany

Hagen, a city of 180,000, declares a state of emergency after Volme river bursts its banks

A firefighter has drowned and the army was deployed to help stranded residents after heavy rain triggered severe flooding in parts of western Germany, disrupting rail, road and river transport in the country’s most populous region.

The German weather service issued an extreme weather warning on Wednesday for parts of three western states, while Hagen, a city of 180,000, declared a state of emergency after the Volme river burst its banks.

Lockdown easing in England: what will change from 17 May

Tinker, tailor, writer, spy: the many lives of...