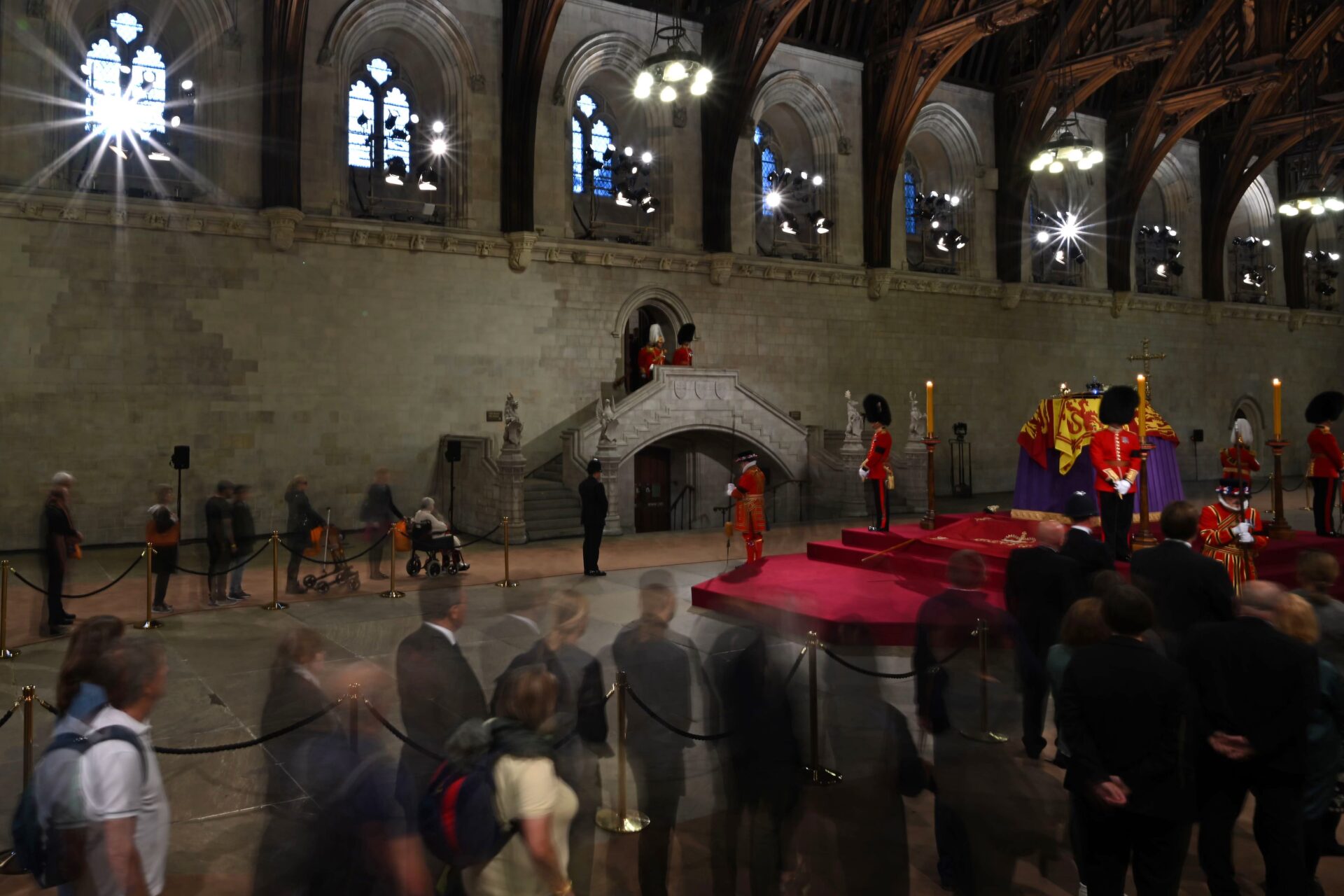 There’s been concern overnight for the health of a royal guard who fell down while watching over the Queen’s coffin at Westminster Hall. The guard was standing at the foot of the late monarch’s casket when he suddenly fell forward and to the floor.

Footage taken from a live broadcast which was posted to social media at around 1am captured the fall. The black-clad guard had been standing holding a ceremonial staff. Nearby officials quickly rushing to his aid. Live footage faded to exterior, night-time vision of the building for a while afterwards.

Westminster Hall was opened on Wednesday evening to allow the public to pay their respects to the Queen. King Charles III earlier led a procession that took the Queen’s coffin to Westminster Hall from Buckingham Palace.

A vigil held at the hall and attended by other senior royals as well as leaders from political parties.

The Queen will lie in state until 6.30am on Monday, when the coffin will be taken to nearby Westminster Abbey for the funeral.

Mourners have been warned the queue to pay their respects to the Queen could last as long as 30 hours. The queue has been stretching for more than two miles across Lambeth Bridge and up the South Bank towards London Bridge.

At least two people were treated by paramedics after collapsing in the heat while standing in the queue.

People have described their emotions at saying goodbye to the Queen. “I saw the coronation, and the Queen has been with me my whole life. It’s very sad,” one woman told us.

Almost two-thirds of people think Britain will change as a result of the Queen’s death, according to a YouGov poll.

Joe Biden has offered his condolences to the King, telling him that the Queen’s “dignity and constancy” helped strength the relationship between the United States and the United Kingdom. The King also spoke to France’s president, Emmanuel Macron, the president of Ireland, Michael D Higgins, and the governors general of Australia, Canada and Jamaica, who all expressed their sympathy.

The Foreign Office has continued to prune the guest list for the Queen’s funeral, adding Syria and Venezuela to the list of countries not invited. India’s president will represent his country at the Queen’s funeral on Monday, meaning the prime minister, Narendra Modi, is not expected to be among the hundreds of foreign leaders due to attend.

Hormone replacement therapy to be offered over the counter in UK