Based out of London, Unhindr develops wearable devices by combining AI with Robotics and Microfluidics in a unique, award-winning, and innovative way. 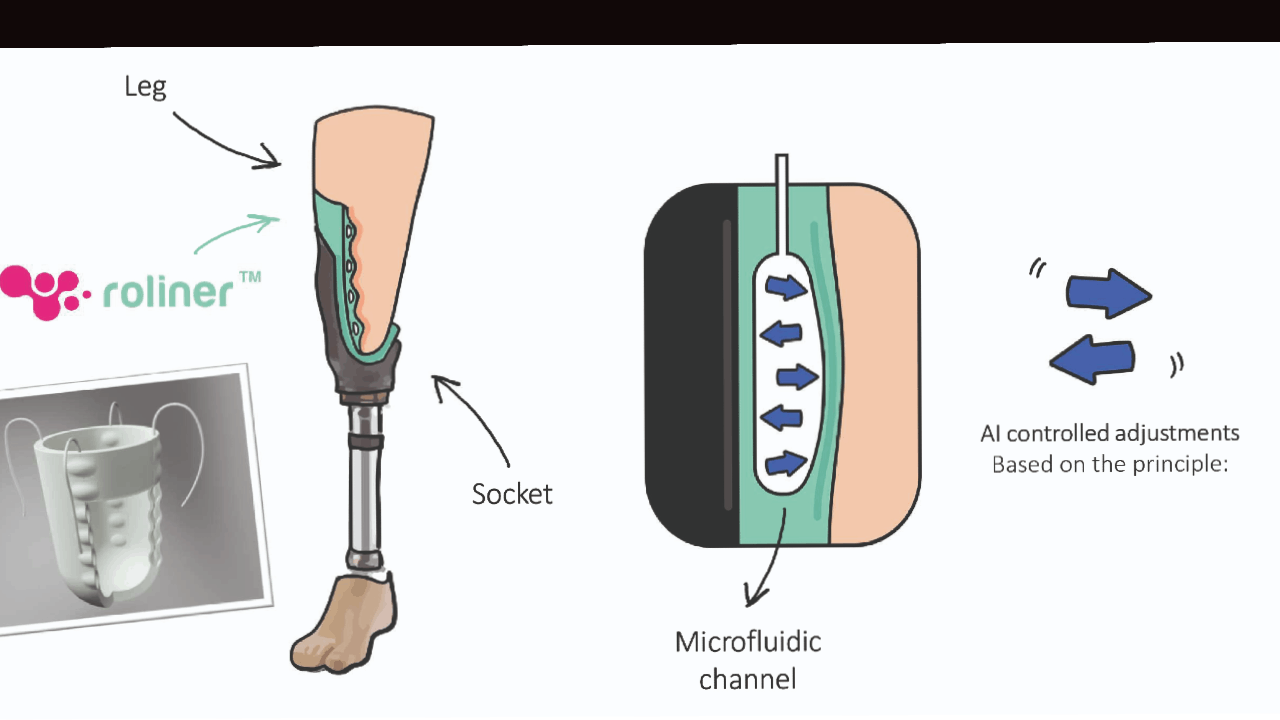 In collaboration with the Guder Research Group of Department of Bioengineering at Imperial College London and the Manufacturing Technology Centre, Unhindr is set to grow its wearable prosthetic device’s scalability and manufacturing capacity.

Addressing the issue of inflexible prothesis, Unhindr’s CEO, Ugur Tanriverdi, along with co-founder and Chief Scientific Officer, Fırat Güder, and Chief Technology Officer, Guglielmo Senesi, are developing Roliner, a wearable sleeve that uses an AI algorithm to adapt to a person’s fitting needs throughout the day.

Currently, the technology is being developed with a team of amputee advisors to help deliver a comfortable prosthesis and is supported by clinical research led by Dr. Joseph Shalhoub, a vascular surgeon at St Mary’s Hospital and honorary senior lecturer at Imperial College London.

“Roliner will help amputees walk for longer and reduce their appointments to clinics for fitting adjustments, as well as save both time and money for patients and healthcare systems,” Tanriverdi said.

“Patients are always involved in every step of the design. We show amputees the Roliner prototypes for feedback along the way, as and when we make minor changes to the technology, and even in the early stages of the prototype, the feedback we have received is amazing.”

With the support of EIT Health, Unhindr was able to considerably decrease the size of their initial prototypes, collaborating with GE Healthcare, Cap Digital, and Imperial College London to develop a palm-sized portable device to ensure its user-friendliness. The progress made has attracted further interest, including the London Mayor’s Entrepreneur Programme Health Award.

On the back of this latest round of support, a new product engineer, Tarek Asfour, has joined the team to help bring the wearable sleeve to the market.

“This multi-disciplinary industrial research project will focus on the market readiness of the prototype in relation to the scalability of manufacturing,” said Tanriverdi.

This partnership coincides with Unhindr’s plans to collaborate with Aachen University in Germany on the clinical development of Roliner.

Additionally, the Mayor of London had also announced Unhindr as the winner of the Mayor’s 2020 Entrepreneur Health Award. Further, the company has been selected as one of the 15 most innovative startups in Europe by the European Institute of Innovation and Technology of the European Union in partnership with GE Healthcare, Cap Digital, and Imperial College London.

Friday briefing: G7 shamed over lack of vaccine for others

Most Influential Women in UK Tech 2020: Entrants to the Hall of Fame