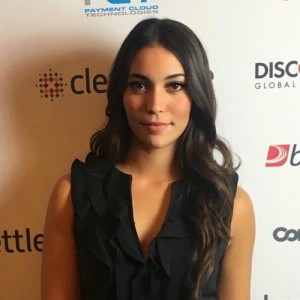 Lifestyle cooking platform DayDayCook has raised $20 million in funding to step up its expansion. The round was led by London-based venture capital firm Talis Capital with participation from Hong Kong-based VC Ironfire Ventures.

Founded in 2012 in Hong Kong by Norma Chu, DayDayCook is one of China’s leading cooking multimedia platform, providing a wide variety of quality recipes and methods for traditional and modern Chinese dishes to its users.

The platform has over 475 million views per month from its website, mobile app, and multiple online streaming and video channels such as YouTube, China-based iQiyi, TikTok and Youku, with more than 15,000 instructional videos available on how to cook each recipe, totalling in 6 billion views in 2019.

The online recipe hub has also launched its own stores in over 4 Chinese cities, as well as its own e-commerce business, DayDayCook Shop, which sells food ingredients, kitchen supplies and electronic appliances online.

Norma Chu, CEO and Founder of DayDayCook said, “With the rise of mobile, technology and food delivery apps, city residents are spending increasingly less time cooking at home, and many young people are not able to cook for themselves. The initial idea behind the business was to encourage youths to learn and enjoy cooking through our platform. Today, we are helping millions of Chinese citizens of all ages learn to cook.”

The number of users active on DayDayCook nearly tripled in the first quarter of 2020 due to the surge in home cooking in the wake of the coronavirus outbreak. She continued, “There have been significant changes in food shopping patterns of consumers in China this year. In such exceptional circumstances, DayDayCook has made adjustments to its supply chain accordingly so consumers can find it easier to look after themselves and have a better quality of life during this period.”

Matus Maar, Managing Partner & Co-Founder of Talis Capital, said, “We are thrilled to be partnering with Norma and DayDayCook.

“Norma is clearly a visionary in terms of where food and cooking commerce is heading, and is an overall impressive leader. We’ve long been believers in the ecommerce shift, taking simple websites and engaging personalisation at scale via Content to Commerce, leveraging social networks, chat functions and streaming shopping. We’ve seen this working incredibly well with our existing portfolio companies like the fast-growing chat-based luxury commerce platform Threads Styling, or with Narrativ that builds a better internet for shoppers by connecting content with brands & retailers.”

To date, DayDayCook has raised a total of US$65 million from Talis Capital, Ironfire Ventures, AMTD, Alibaba Entrepreneurs Fund and other investors such as 500 Startups, Heyi Capital and MFund.

UK quarantine: Could Croatia be next to lose exemption?