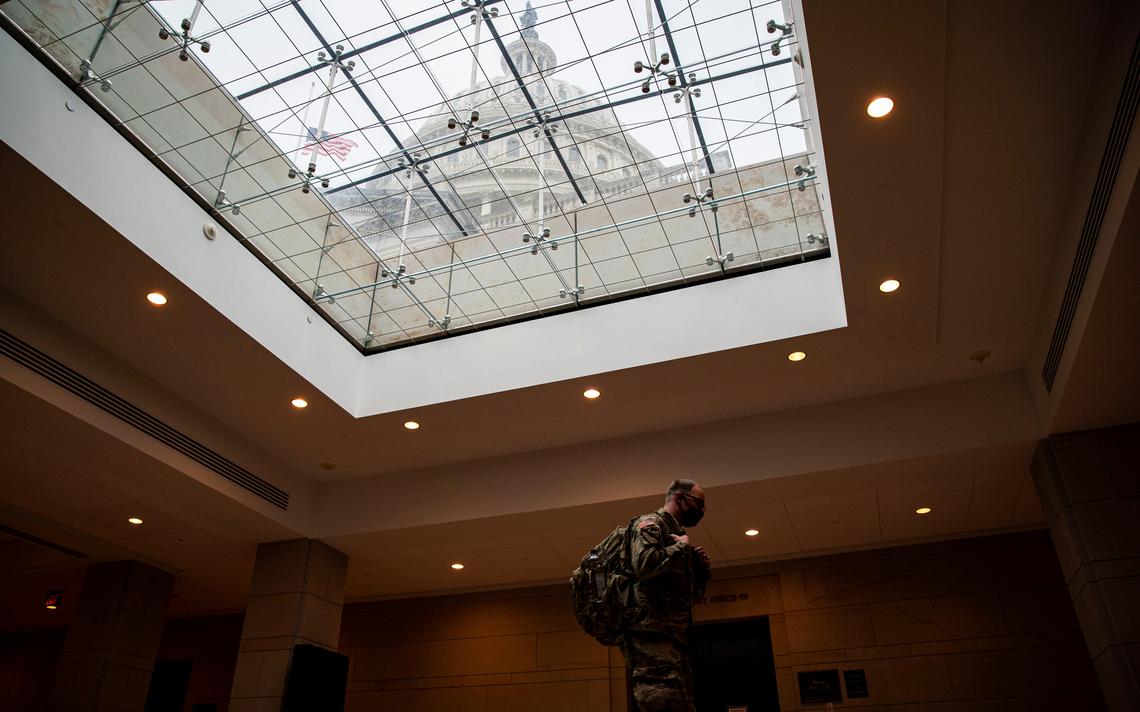 The impeachment managers will conclude their prosecution of Donald Trump on Thursday, arguing that he is guilty of “the most grievous constitutional crime ever committed by the president” of the United States.

The managers on Thursday will focus on four areas, senior aides to the impeachment managers told reporters before the Senate convened. They will provide more evidence of Trump’s role in the lead up to and the aftermath of the attack; harm caused by the insurrectionists, not only including the physical injuries, as well as Trump’s “lack of remorse” and the relevant legal issues that apply to the case.

“The facts are clear. The case is strong. The evidence is overwhelming,” said an aide. “The Senate must convict and disqualify Donald Trump.”

The swearing-in of Republican Claudia Tenney this morning means that the House is now made up of 221 Democrats and 211 Republicans, with three seats vacant.

Democrats had expected to pick up seats in the 2020 elections, but Republicans instead chipped away at the Democratic majority by flipping a dozen seats.

[The chair of House Republicans’ campaign arm] charted out his road map for the 2022 midterms, which includes a list of 47 Democratic seats to target and a messaging blueprint: Tag Democrats as jobs-killing socialists and stress the GOP’s commitment to reopening schools and protecting the gas and energy sector. …

But GOP leaders, while quietly confident that history is on their side, know there are still plenty of landmines ahead — especially with the potential for Jan. 6 to leave a lingering black mark on the party and the coronavirus still threatening to scramble the political terrain.

How Oxford-based Dendra Systems is using AI and drones to combat deforestation?

Government urged to end no-fault evictions as fears grow that thousands will...