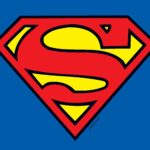 The city landmark and masterpiece of Greek revival style, empty for more than 50 years, could be a place of learning again

When renowned Scottish architect Thomas Hamilton set about designing a home for Edinburgh’s Royal High School in the early 1800s, he cemented the city’s reputation as an “Athens of the North” with a Greek revival building still considered one of Europe’s finest.

But despite being widely lauded and variously floated as a home for the Scottish parliament, a national photography centre and a military history museum, the building has lain empty since the school moved in 1968. Now, a decision by the city’s council to strip hotel developers of the site’s lease could see it back in action once again.

Myanmar: thousands protest against coup as military shuts down internet

France begins to confront decades of neglect of incest cases

Security Think Tank: In 2021, enable, empower and entrust your users