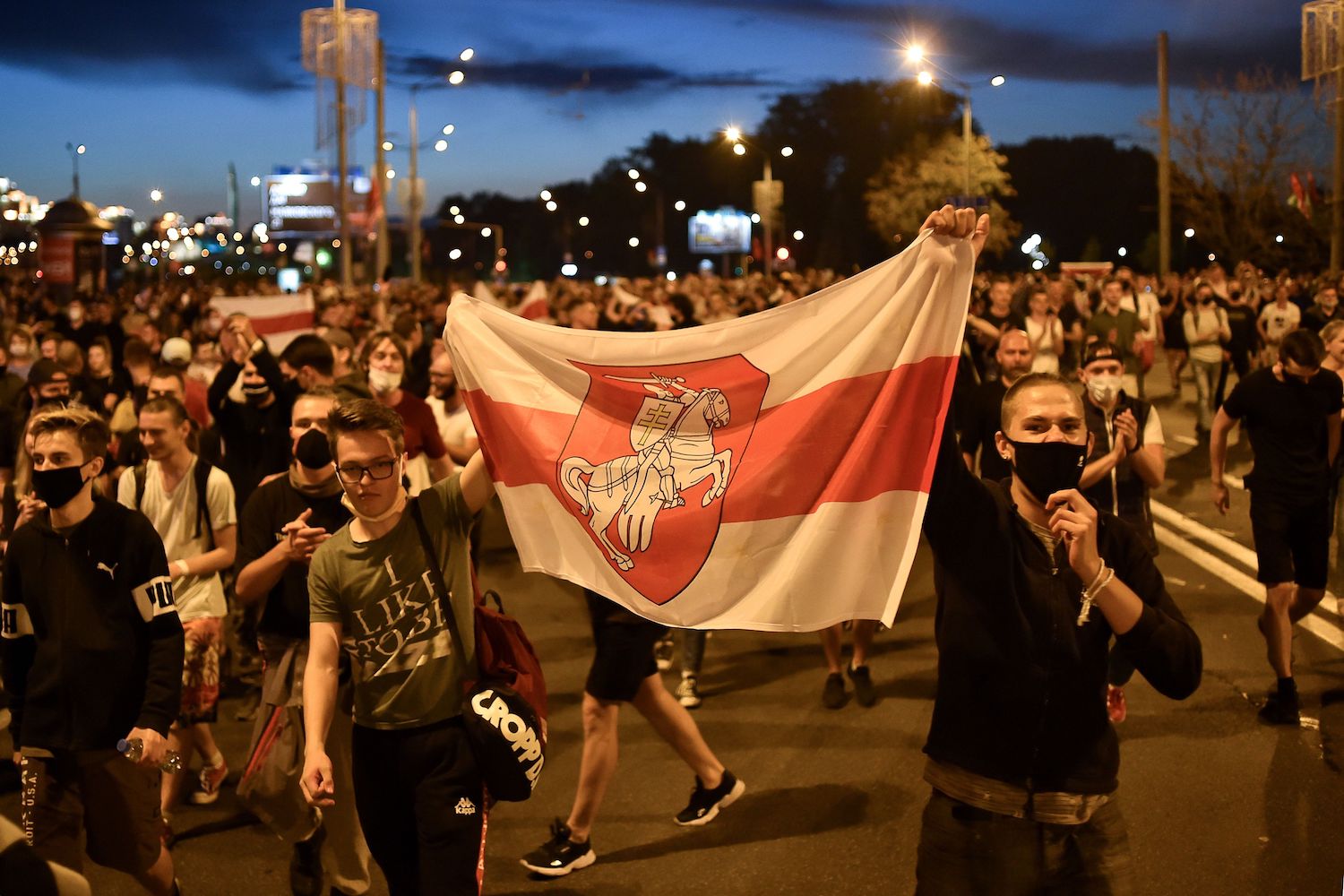 ‘I will believe my own eyes,’ says Svetlana Tikhanovskaya after commission says Alexander Lukashenko won landslide

The main opposition candidate in Belarus’s election has rejected the official results that gave President Alexander Lukashenko a landslide victory and her team has vowed to stay in the country to campaign for a change of power.

“I will believe my own eyes – the majority was for us,” Svetlana Tikhanovskaya told reporters in the capital, Minsk, on Monday, after widespread reports of vote-tampering in Sunday’s election.