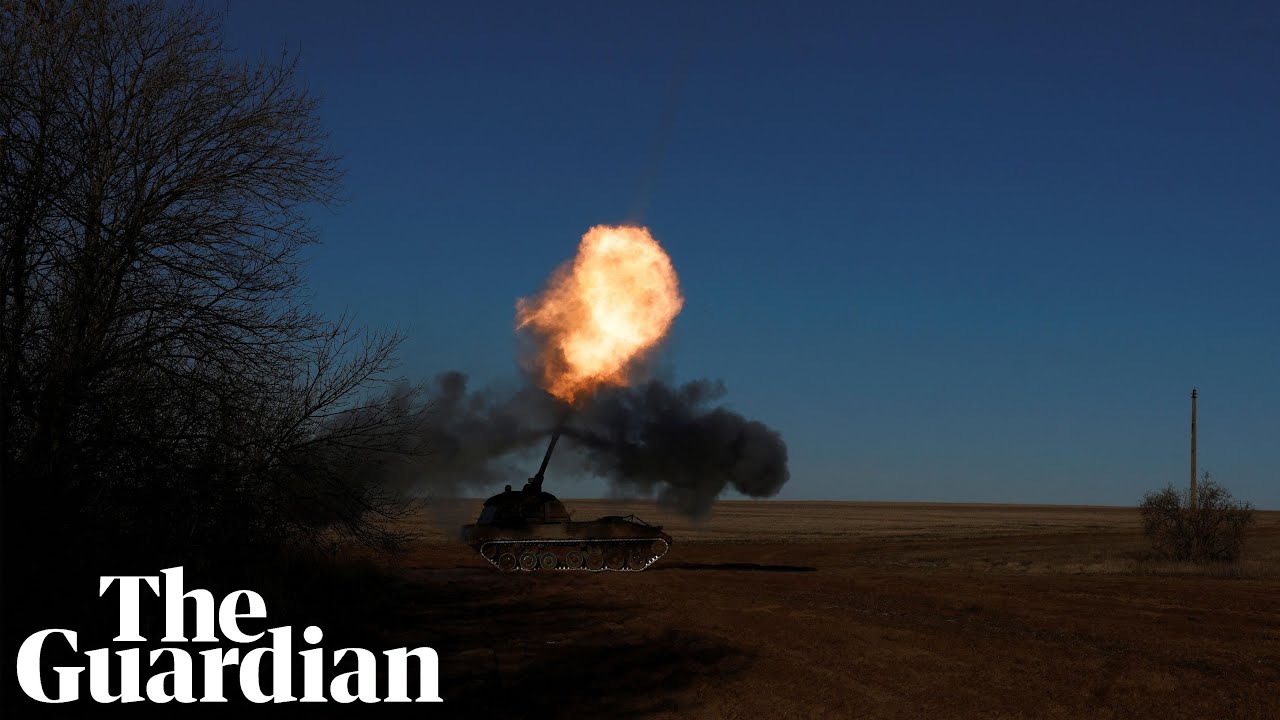 An infantry carrier moves quickly across a devastated landscape, traversing a flat expanse dotted with lines of shattered buildings, some reduced to rubble by artillery fire. At one point a plume of smoke is visible, drifting against the backdrop of a huge open mine works.

The drone footage shows the carrier, marked with a red cross, halt beside a building missing part of its roof and many of its windows. A Ukrainian medic darts out and peers briefly around the corner of the building as a casualty is brought out on a stretcher. Loaded quickly, the carrier heads away at high speed, coming under Russian artillery fire as it tries to leave the town.

Surrey dog attack: woman killed believed to have been walking a number of dogs

Labour calls for Truss and Kwarteng to renounce redundancy payments