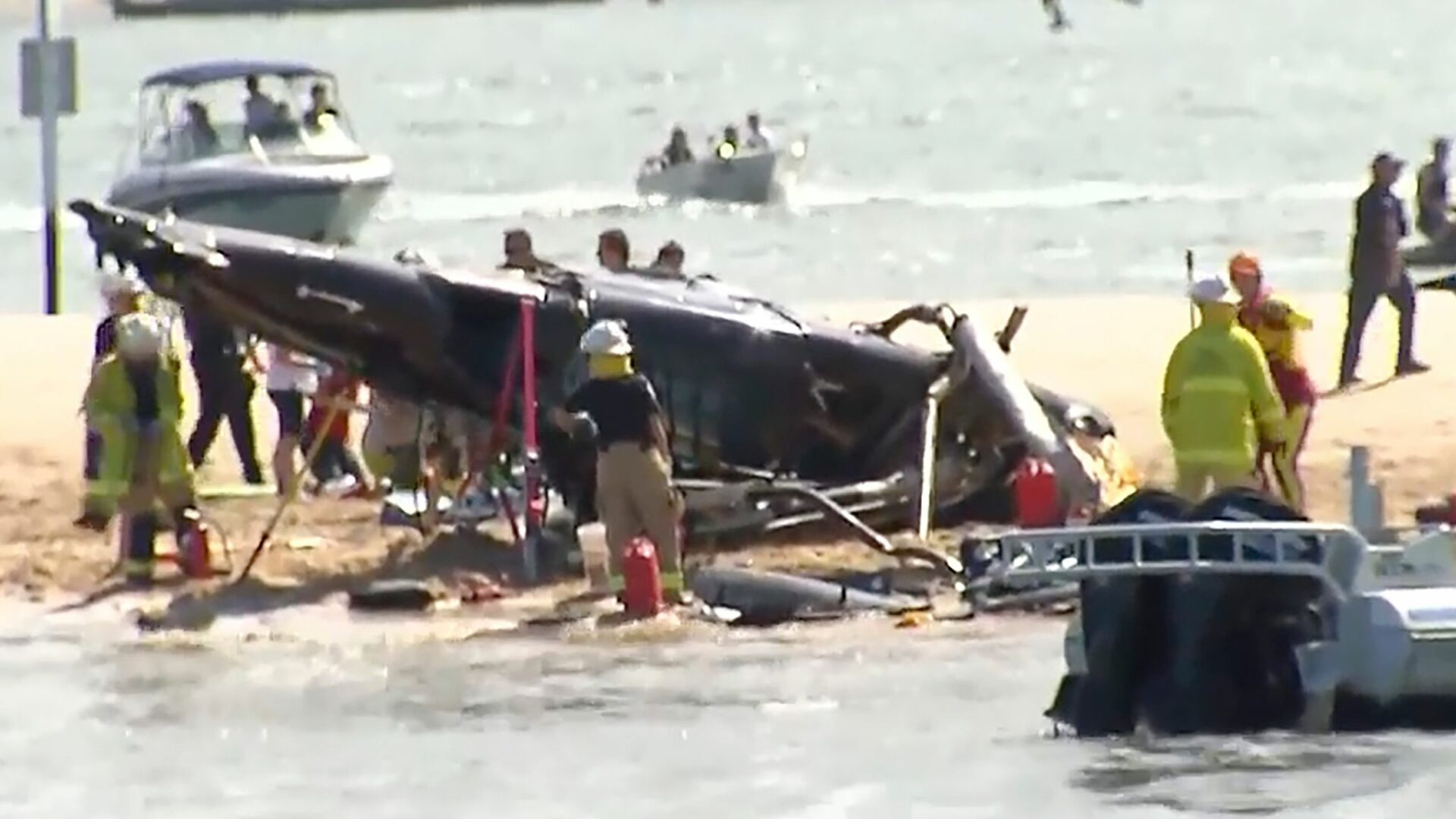 Four people have died and three are in a critical condition after two helicopters collided near Sea World on the Gold Coast.

More than a dozen people were assessed by the Queensland ambulance service after the helicopters came into contact on Monday afternoon. Police later confirmed four people were killed and three critically injured when the helicopter they were travelling in crashed to the ground, landing upside down.