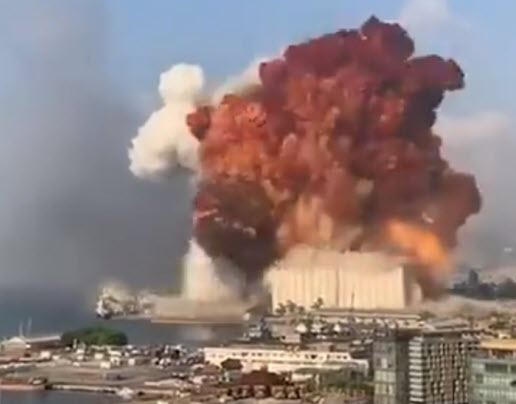 The cause of the explosion is still unconfirmed, but Lebanon’s interior minister has said stores of ammonium nitrate likely caused the blast.

If that is the case, there are some parallels with the 2015 Tianjin explosion in China, which saw a series of massive explosions shatter windows and tear the facades off of buildings.

Here are photographs taken by the Washington Post’s Sarah Dadouch, from the first apartment I lived in in Beirut, on Gouraud Street in the neighbourhood of Gemmayzeh:

My street is drenched in darkness. All the windows are blown out and all people inside seem to have left. But one neighbor left a candle in his empty living room and I cannot explain how much calm its small light keeps lending me. pic.twitter.com/P5lkSKfYPn

Google links with eight US banks for current accounts

‘It’s stomach-turning’: the children caught up in Ukraine war

Crimes against history: mapping the destruction of Ukraine’s culture