We will find another lawful way to express will of Scots, says Nicola Sturgeon 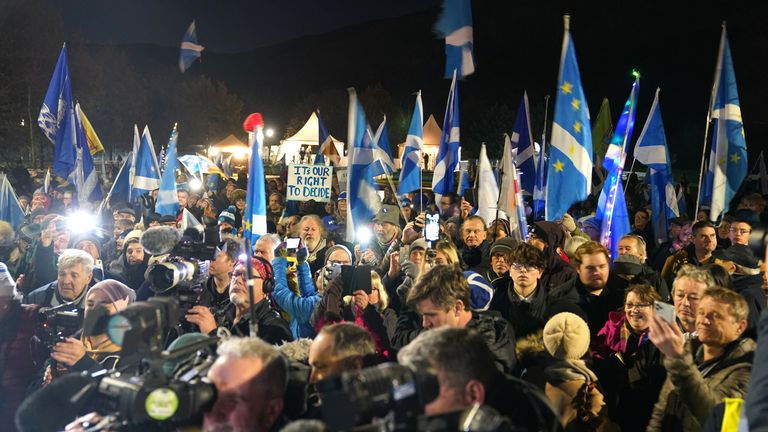 Nicola Sturgeon has committed to running the next general election as a “de facto referendum” on Scottish independence, after the UK supreme court ruled unanimously that her government could not legislate for another vote without Westminster approval.

At a news conference held hours after the judgment, Scotland’s first minister said: “Today’s ruling blocks one route to Scotland’s voice being heard on independence … We must and we will find another democratic, lawful and constitutional means by which the Scottish people can express their will. In my view, that can only be an election.”