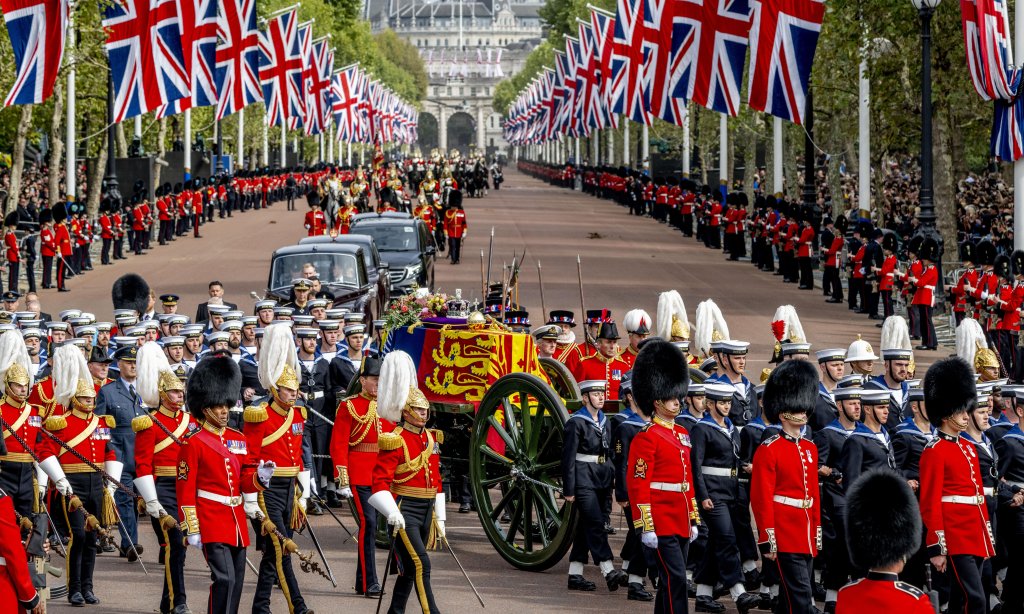 Elizabeth bound our nation. Without her, will there even be a UK to reign over? | Jonathan Freedland

She was a priceless diplomatic asset and spoke with the moral weight of the wartime generation. Now we must confront the future without her

In death, as in life, all eyes were on her. Inside the same abbey where she was crowned nearly seven decades ago, there stood, this time, not a hesitant young woman dressed to dazzle, but a small coffin. Still, in 2022 as in 1953, it was impossible to look away. In a sea of dark suits, mostly pale faces and much grey hair, it was the coffin that provided the colour and chief spectacle: the reds and yellows of the royal standard, the polished gold of the orb and sceptre and, resting on a purple cushion, the sparkling diamonds and pristine sapphire of the crown.

For all the pomp and finery that preceded that funeral service, and which would follow it, both through London and later in Windsor – the brocaded uniforms and muffled drums, the feathered hats and musical laments – it was that draped box that commanded the attention. Its emergence from Westminster Hall shortly after 10.30am, shouldered by men who had sworn an oath to defend the Queen in life, like the sight of the coffin placed on a gun carriage, pulled not by horses but by a column of naval ratings, touched some deep corner of the collective memory. There was something ancient, even elemental to it: young men bearing the body of their fallen queen.

‘Now we have her no longer’: the crowds on the Queen’s final journey

Scientists caution against giving animals as gifts to developing countries