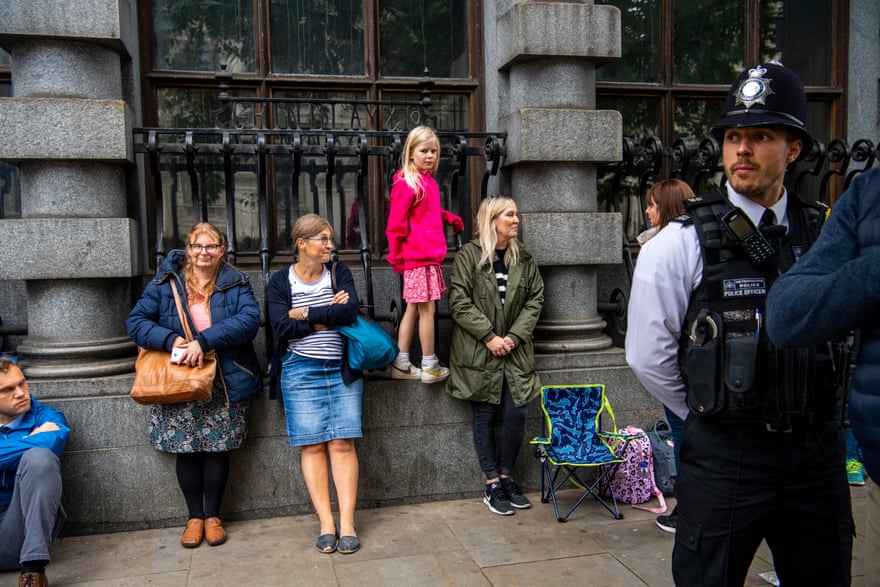 ‘Now we have her no longer’: the crowds on the Queen’s final journey

As the coffin made the short trip to Westminster Abbey before heading on to the palace then Windsor, many were determined to pay their respects

As the Queen’s coffin emerged from Westminster Hall just before eleven o’clock for the short, slow journey to her funeral service at Westminster Abbey, the thousands who had gathered at Parliament Square, on Whitehall, and along the Mall, gradually fell into silence. The companionable chatter stilled, some climbed to their feet from folded chairs. Some bowed their heads.

Many, even among those who had been there all night, were dressed in black, others wore a chestful of medals or a union jack waistcoat, or wrapped themselves in a flag. There were woolly beanies and black fascinators, selfie sticks and a few stepladders.

On a day of pomp and ceremony, glimpses of humanity were the most moving

Elizabeth bound our nation. Without her, will there even be a UK to reign over? | Jonathan Freedland