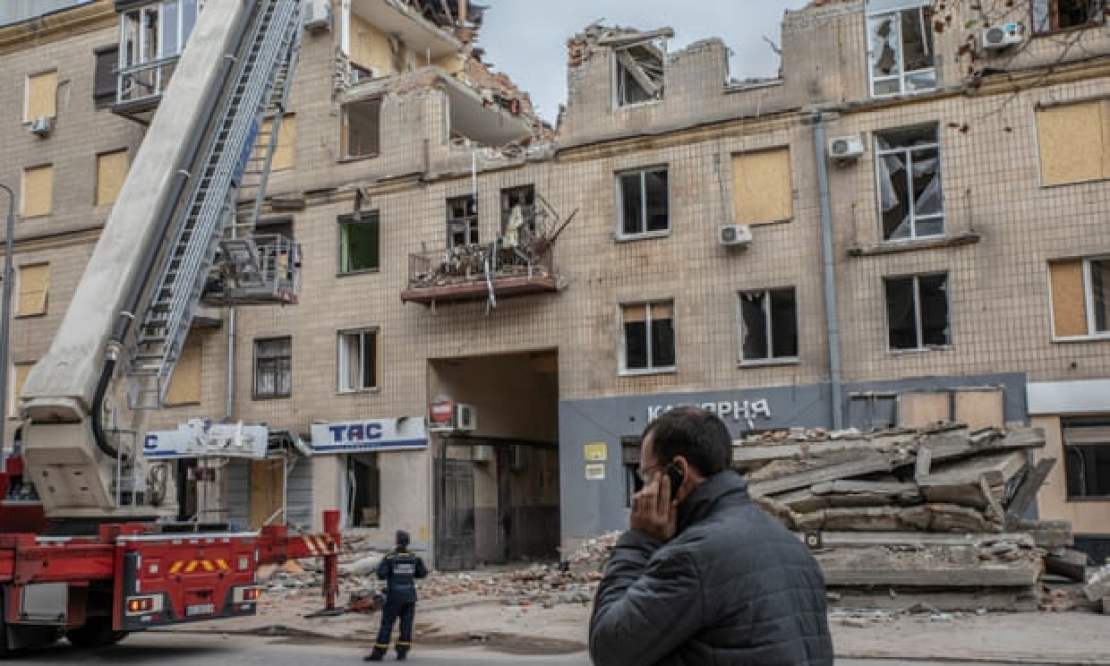 Air sirens sounded throughout the day in Kharhiv. At least four Russian missiles hit the north-eastern city in two attacks on Monday, killing at least one person, injuring others and causing further disruption to the city’s electricity and water supply.

While the liberation of Russian-occupied parts of the Kharkiv region has been celebrated by Ukrainians across the country, the situation in the city – which was half surrounded by Russian forces until just a week ago – has in some ways become more precarious.

Russia-Ukraine war latest: what we know on day 202 of the invasion

Covid linked to 33-fold increase in risk of...