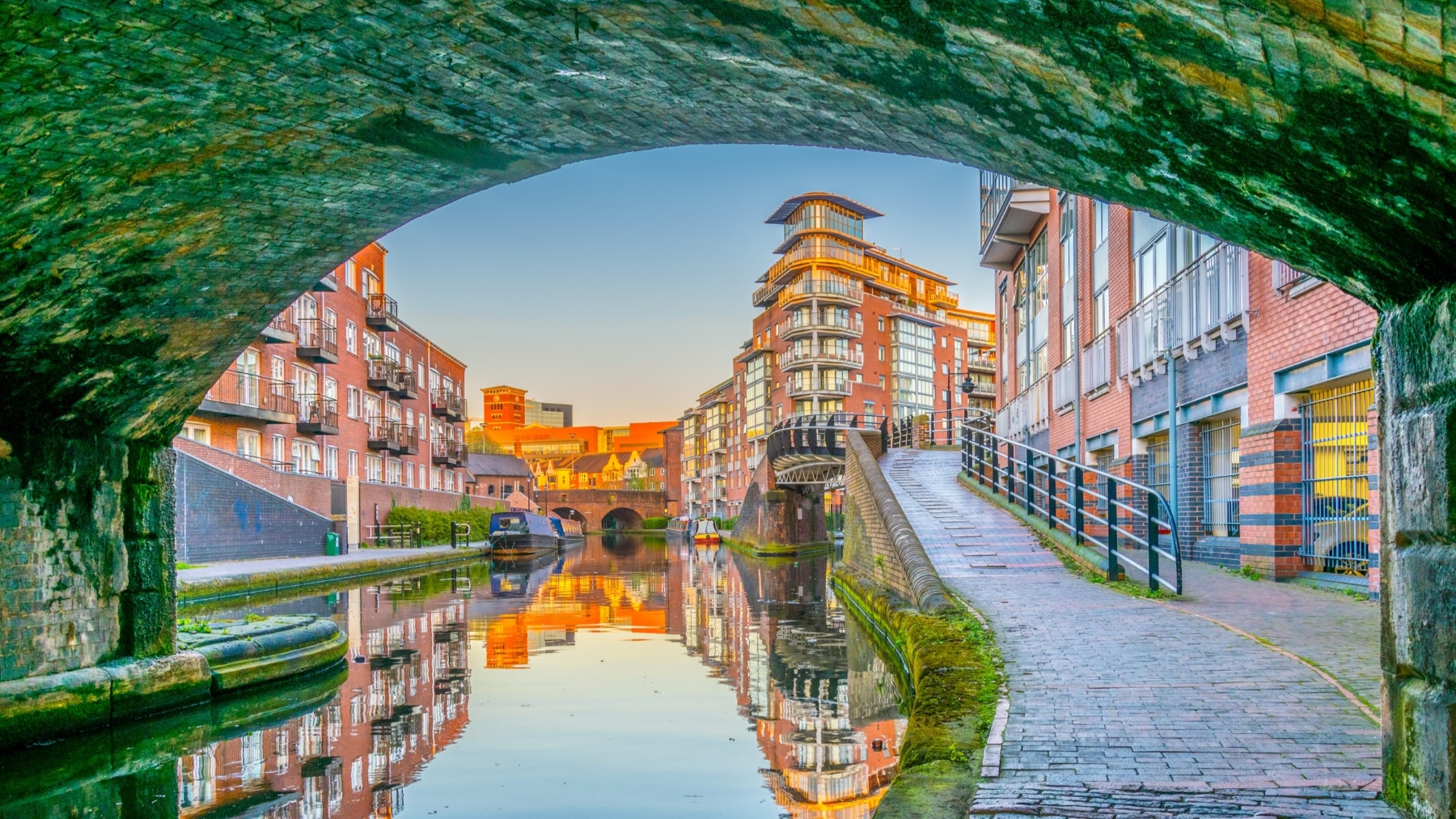 Regional spotlight: How the Midlands became home to the UK’s fastest-growing tech hub

During the 18th century Midlands innovators working with steam and iron were at the heart of the Industrial Revolution. Today, the region is forging a new breed of pioneers who are putting technology at the heart of high-growth businesses.

Split into the West Midlands and East Midlands, the region spans a combined 28,627 square kilometres. Within this sprawling space founders and entrepreneurs are rapidly making the Midlands one of the UK’s top tech hubs.

According to a 2021 government report, the West Midlands is the UK’s fastest-growing tech sector due to the high number of tech roles and large volumes of venture capital funding raised by startups.

This momentum has continued, with the West Midlands’ tech sector forecasted to generate more than £2.7bn for the local economy by 2025.

But what’s behind this rapid growth?

From Coventry to Stoke-on-Trent and from Wolverhampton to Warwick, tech startups are increasingly picking the West Midlands to establish operations.

According to Dealroom data, there are more than 1,200 startups that call the West Midlands home, operating in sectors such as edtech, digitalisation and manufacturing.

While these companies have been around for at least a decade, the West Midlands is also home to a rising number of early-stage, high-growth startups.

That includes the likes of electric vehicle subscription service Oto and battery analytics platform Modo Energy, both based in Birmingham.

Demonstrating investor appetite for the West Midlands, investors pumped a record $494m into startups based in the region in 2021, according to Dealroom data. So far this year startups located there have attracted more than $100m.

They include the likes of Nottingham-based energy storage startup Cheesecake Energy and Chesterfield-based internet of things platform Konektio.

The secret to this growth, according to Steve Harris, UK head of technology, SME & mid corporate at Lloyds Bank, is the robust support for the ecosystem.

“A successful tech hub needs a strong talent network to promote innovation and collaboration,” says Harris. “To facilitate this, it needs business support groups and presence from institutions. The West Midlands and Birmingham in particular has all of this in abundance, making it easier for entrepreneurs to focus on solving tomorrow’s problems.”

Supporting tech businesses across the region are more than 30 accelerators, incubators and programmes. Among them are SciTech Innovation Hub and Warwick Ventures Software Incubator.

Meanwhile the likes of Bruntwood SciTech, a commercial property developer, has invested tens of millions into the region to build or redevelop science and technology hubs such as the £20m lab revamp at Alderley Park, Macclesfield.

Like many regional cities, the cost of workspaces in Birmingham are more competitive than the capital. For startups and small businesses tight on cash, this can be a huge factor when setting up a headquarters.

Thanks to testbeds such as WM5G’s 5PRING, the UK’s first 5G commercial accelerator, the region is forging ahead when it comes to connectivity – providing the infrastructure needed for modern businesses.

According to Lloyds Bank’s UK Business Digital Index, 85% of small businesses based in the East Midlands have high digital capability – second only to London and the South East.

Meanwhile, those located in the West Midlands have a high digital capability ration of 78%, according to 2021 figures.

A healthy flow of talent is crucial for any business. Digital skills bootcamps, such as those run by the West Midlands Combined Authority, are equipping residents with the tools needed in the modern workforce amid a fierce battle for workers with digital skills.

Startups and scaleups tend to attract younger demographics and Birmingham has a generous pool of young people to hand, with nearly 40% of its citizens under 25 years old.

With many workers moving away from London during the pandemic, triggered by the rise in remote working, cities with lower costs have become an appealing option for tech workers whose previous options would largely be determined by opportunities in London and Manchester.

“There are high-quality and well-paid job opportunities for those who want to pursue a career in tech and the region is fast becoming a powerhouse of digital talent,” Chris Philp, then-digital minister, said as part of the government’s West Midlands report.

“We are determined to level up the country and we are working around the clock to back digital businesses with pro-innovation policies to boost digital skills and create jobs so everyone can benefit from this dynamic sector.”

According to analysis by Tech Nation, Birmingham ranks second for the city with the best cost of living versus salary for tech roles – a factor that has become all the more pertinent throughout 2022 as the cost of living has increased.

The West Midlands is also home to top universities with specialisms in science, technology and manufacturing. Academic research often births spinouts that go on to attract funding and commercialise ground-breaking technology.

A collaborative relationship between academia and industry, exemplified by the partnership between Northumberland-based battery cell manufacturer Britishvolt and the University of Warwick to develop battery cell technology, provides a further boost to innovation.

At the heart of the West Midlands is Birmingham, the largest city in the UK after London. Once the crucible for the Industrial Revolution, Birmingham and the Black Country area over time evolved into a manufacturing hub across the region, with automakers such as Jaguar and Land Rover establishing factories creating jobs and boosting the economy.

Over the last decade it has become the epicentre of the Midlands’ tech activity. Events such as Birmingham Tech Week and the recently held Commonwealth Games have helped cement the city’s status as a business and culture hub.

“Our region’s tech sector has undergone a massive transformation over the last few years and this is down to a number of key factors, including a willingness to collaborate more, scaleups receiving high-quality and relevant support, and more funding opportunities being made available,” says Yiannis Maos, founder and CEO of Birmingham Tech.

Despite the growth in Midlands tech, it is still often overlooked for London. In the previous quarter, London-based companies attracted 81% of all venture capital investments in a sign that regional hubs like the East and West Midlands continue to be neglected by investors.

And for all the rhetoric around levelling up, Birmingham has seen investment levels fail to recover to pre-pandemic levels, while businesses in the West Midlands and North East have been found to be hit the hardest by the cost of living crisis.

These businesses will need support from institutions to weather the forecasted recession.

“Like other regions, the West Midlands faces a number of challenges, notably around access to finance and talent,” says Maos. “However, with more investors coming into the region and a young and diverse workforce, we are perfectly placed to overcome these challenges and emerge stronger.”

Lloyds Bank’s relationship managers are experienced in the tech sector and are keen to support further growth of this vibrant industry. Please get in touch today to discuss how we might help your business.

Steve Harris is the UK head of technology for SME & mid corporates at Lloyds Bank.

In partnership with Lloyds Bank.

The Queen to lie in state in London: everything you need to know

Labour calls for investigation into allocation of funds...

EU must be ‘united and determined’ on Russia...