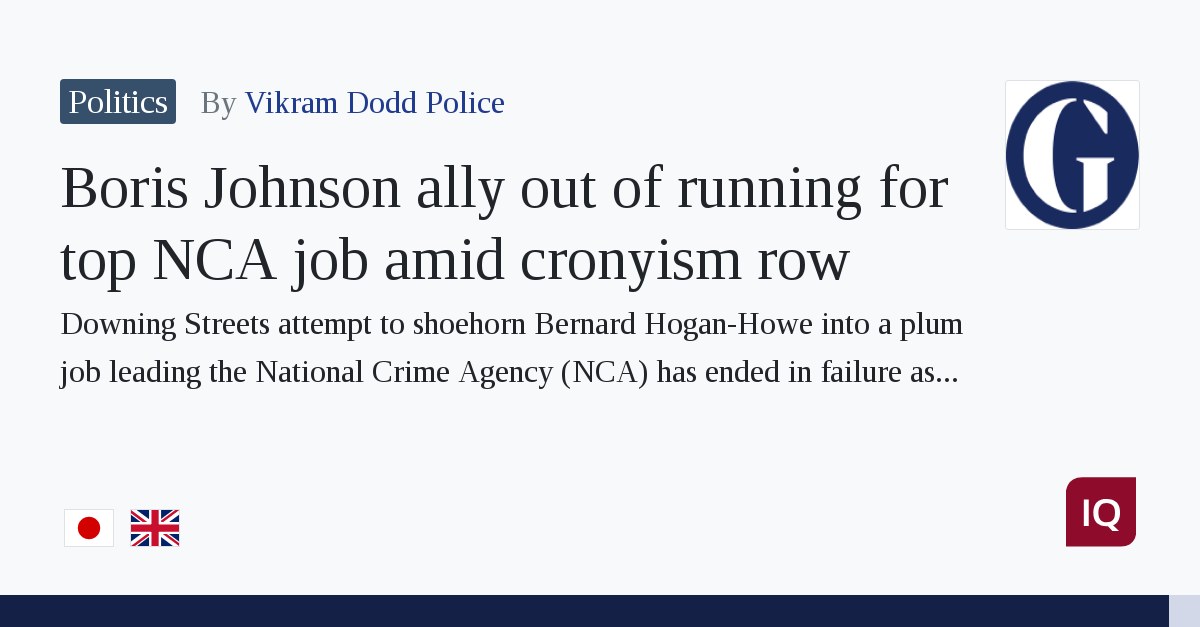 Exclusive: Bernard Hogan-Howe has not reapplied after No 10 intervened over his initial non-selection

Downing Street’s attempt to shoehorn Bernard Hogan-Howe into a plum job leading the National Crime Agency (NCA) has ended in failure as the former Metropolitan police chief has pulled out of the running amid a bitter cronyism row.

No 10 had the selection process restarted earlier this year after an expert panel failed to choose Lord Hogan-Howe, who became a vocal supporter of Boris Johnson after leaving the Met in 2017.

All households in England, Scotland and Wales to receive £400 energy bill cut

Bugs across globe are evolving to eat plastic, study finds