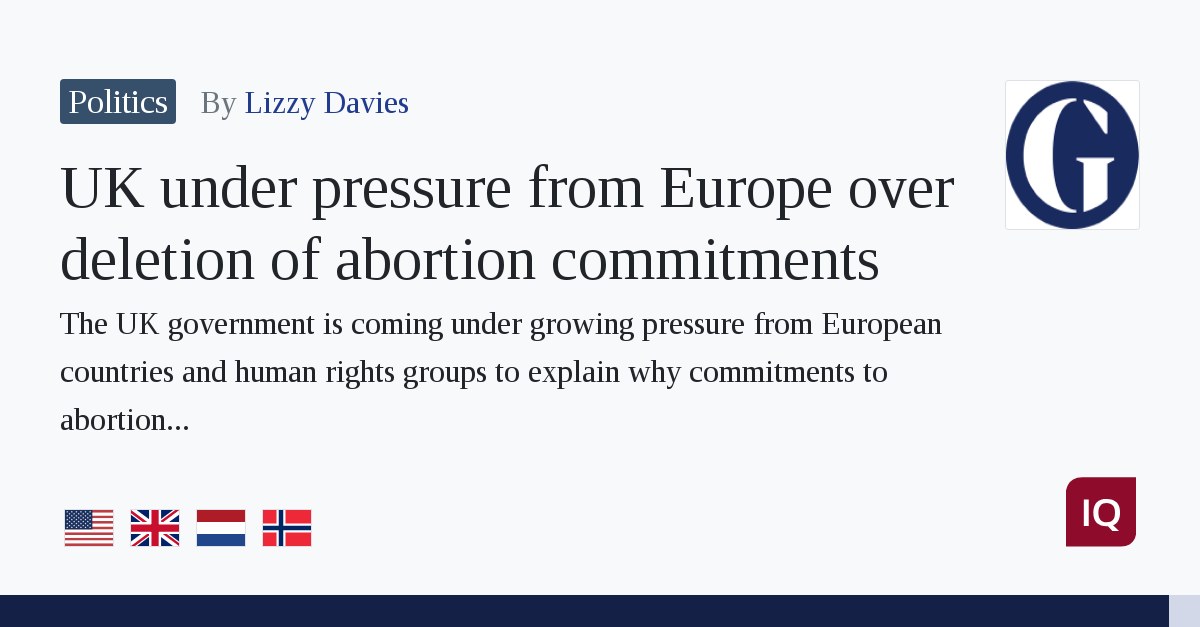 UK under pressure from Europe over deletion of abortion commitments

The UK government is coming under growing pressure from European countries and human rights groups to explain why commitments to abortion and sexual health rights have been removed from an official statement on gender equality.

Norway and Denmark have approached the Foreign, Commonwealth and Development Office (FCDO) “to protest against the substantive changes” that were made to a paper that resulted from a UK-hosted conference on freedom of religion and belief, opened by Liz Truss earlier this month, the Guardian has learned.

Faces of extremism: the rioters behind the attack on the US Capitol

Two men taken to hospital after double shooting near Wigan