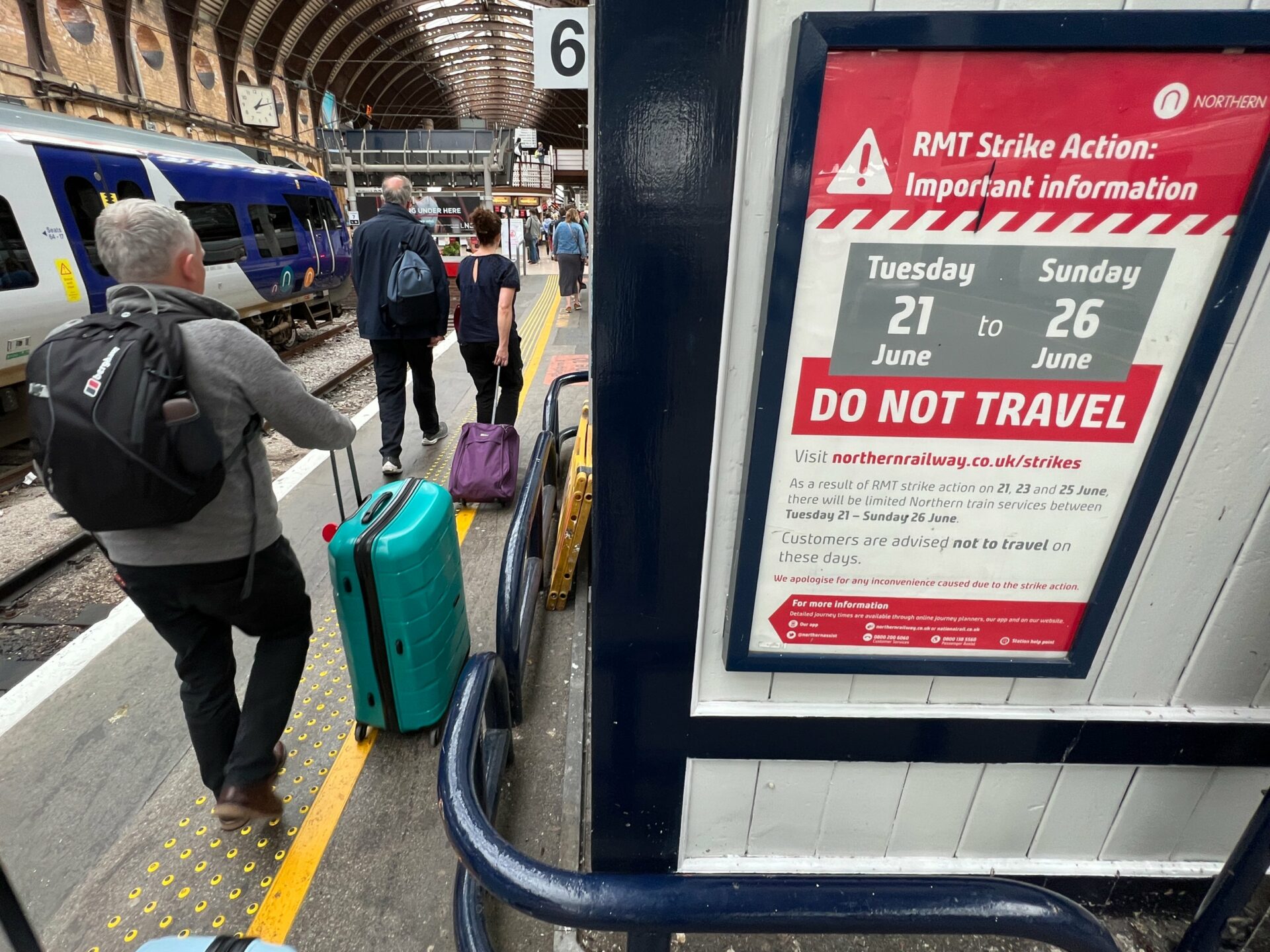 The biggest rail strikes in three decades are due to start on Monday night, with trains cancelled across Great Britain for much of the week.

The first of three 24-hour walkouts by 40,000 RMT members, including signallers, maintenance and train staff, will start just after midnight on Tuesday morning, with only one in five trains running on strike days and halting services altogether in much of northern and south-west England, Wales and Scotland.

Black and Asian UK workers say they are held back at work by bias, survey finds

Teachers hit back at claims coronavirus is spread by school staff

Banks could be blocked from closing branches through...

Donald Trump suggests veterans’ families could have given...