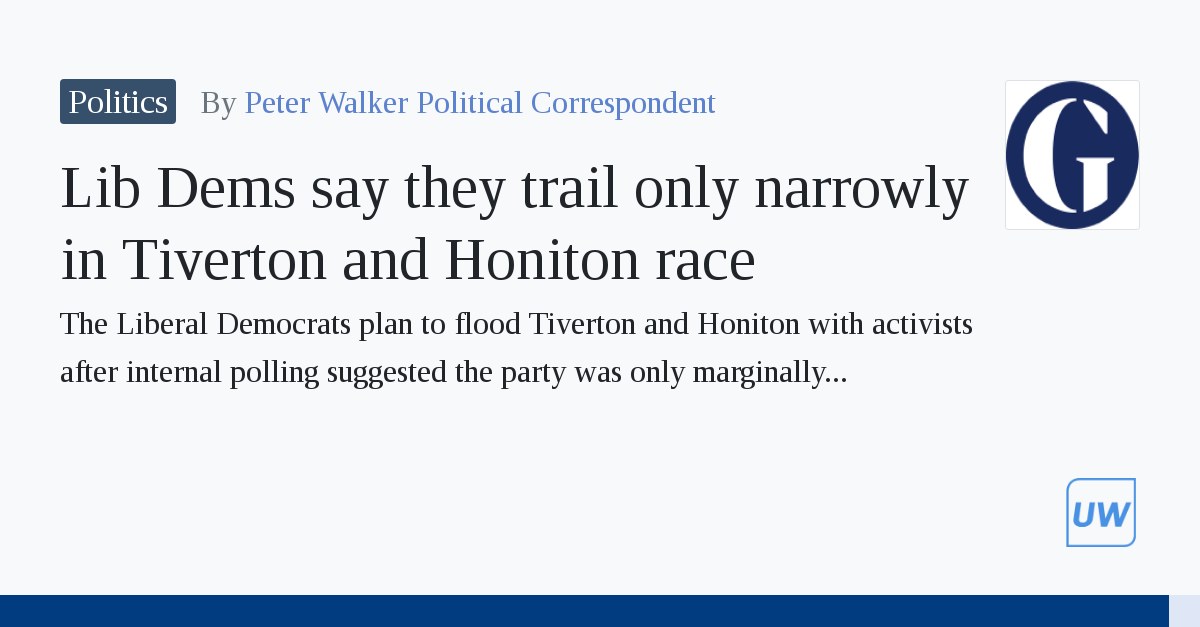 The Liberal Democrats plan to flood Tiverton and Honiton with activists after internal polling suggested the party was only marginally trailing the Conservatives before next week’s byelection in the Devon constituency.

A sample carried out by the party, based on tens of thousands of voter contacts, suggested that of people intending to vote on the day of the byelection, the Conservatives had 46% support and the Lib Dems 44%.

$2k to access your organisation on the dark web

WHO to rename monkeypox virus to avoid discrimination

Police will not investigate sexual harassment claims against Noel Clarke

The office revolution: get flexible or get left...