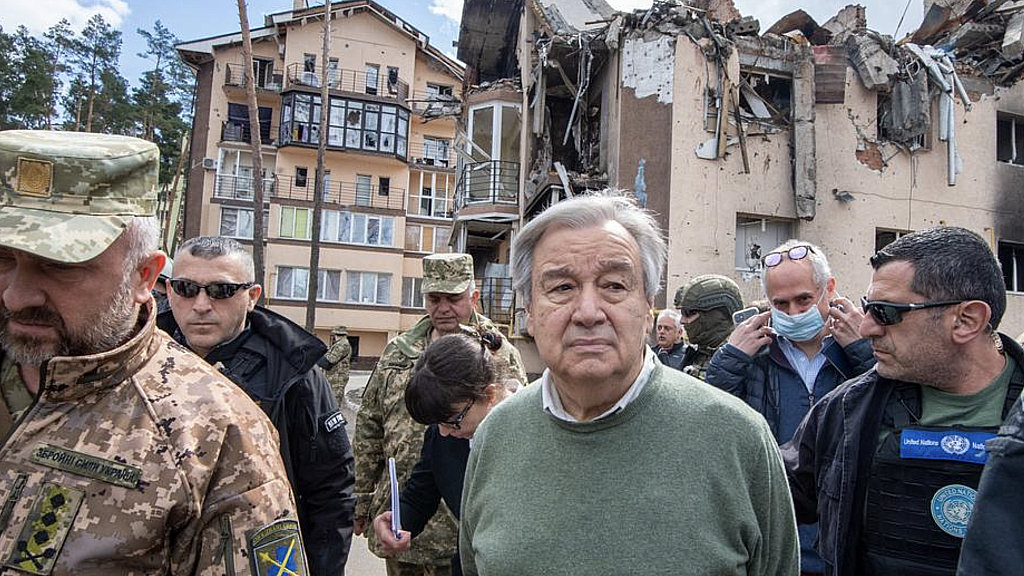 The attack occurred hours after US president Biden requested a $33bn package in military, economic and humanitarian aid

Russia hit Kyiv with cruise missile strikes in a menacing display of defiance while the UN secretary general was visiting the city and a few hours after Joe Biden had announced a doubling of US military and economic aid to Ukraine.

Ukrainian President Volodymyr Zelenskiy said the strikes happened “immediately after” his talks with the UN chief, António Guterres, “and this says a lot about Russia’s true attitude to global institutions, about the efforts of the Russian leadership to humiliate the UN and everything that the organization represents.

More artillery and armored vehicles, as well as anti-tank missiles and anti-aircraft systems.

Assistance in clearing landmines and other explosives and in Ukraine’s defence against chemical, biological and dirty bomb attacks.

A further buildup in the US military presence on Nato’s eastern flank.

Next Covid strain could kill many more, warn scientists ahead of England restrictions ending