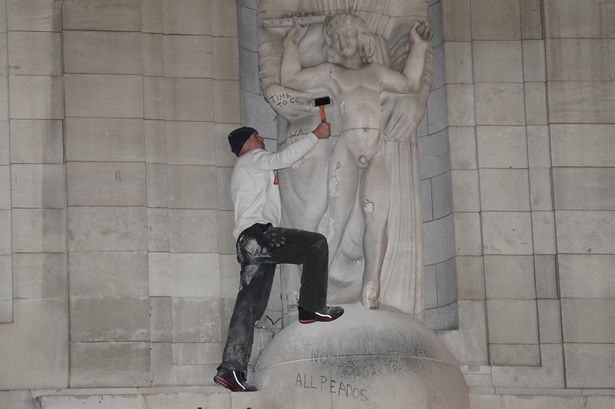 A man has been arrested after allegedly damaging a statue outside the BBC’s Broadcasting House on Wednesday.

Officers were called to reports of a man scaling the building in Portland Place, central London, and using a chisel to damage the statue in question.

Afghanistan: 2,000 people who worked for UK still to be airlifted