Man charged with the murder of his…

Visibility and control: the key to success…

Self-driving car users should have immunity from…

Building purpose into your business 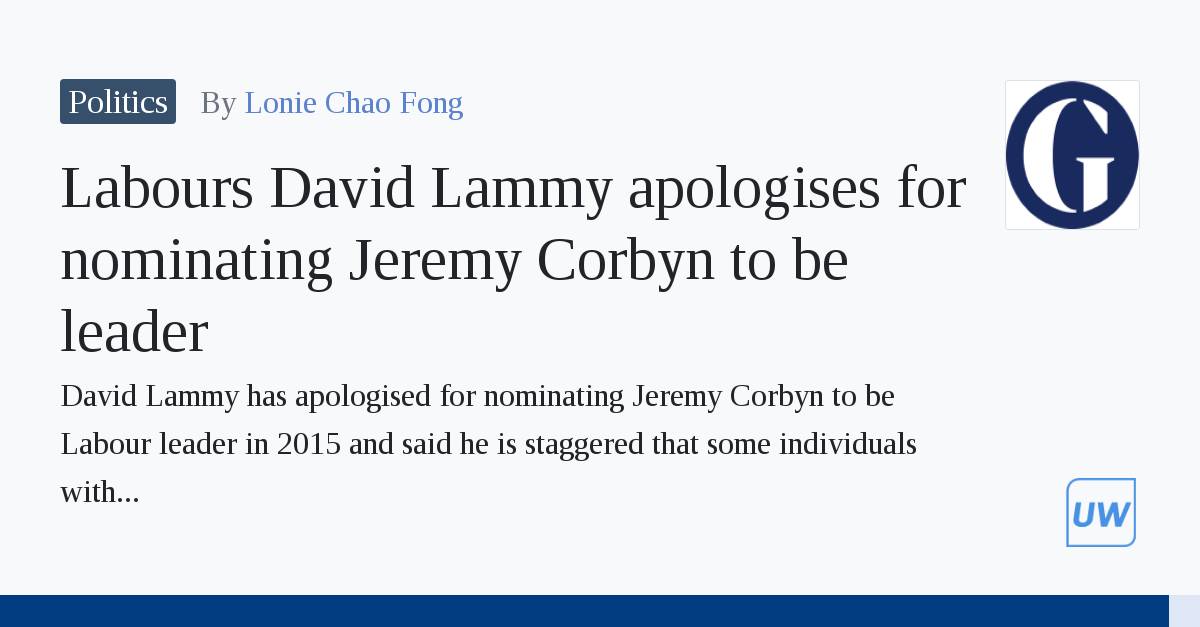 Shadow foreign secretary tells Limmud festival ‘if I knew what I do now, I never would have nominated him’

David Lammy has apologised for nominating Jeremy Corbyn to be Labour leader in 2015 and said he is “staggered” that some individuals with deeply antisemitic views remain in the Labour party.

Speaking at this year’s Limmud festival, a Jewish event, the shadow foreign secretary said he “never believed” Corbyn would become leader and that his nomination was “a mistake”.

Out-of-control SpaceX rocket on collision course with the...

Man charged with the murder of his 19-year-old...