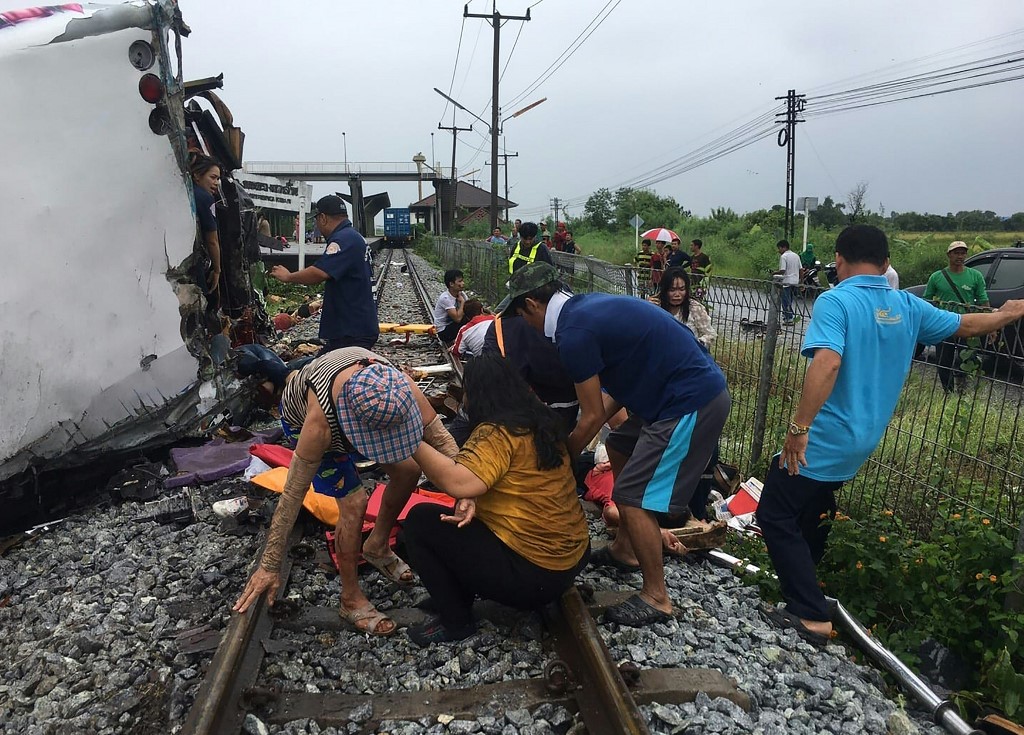 At least 17 people were killed and more than dozen injured when a bus collided with a train in Thailand, officials said.

The bus passengers were on their way to a temple in Chachoengsao province for a ceremony to mark the end of Buddhist Lent and were about two hours east of the capital, Bangkok, when the accident occurred.