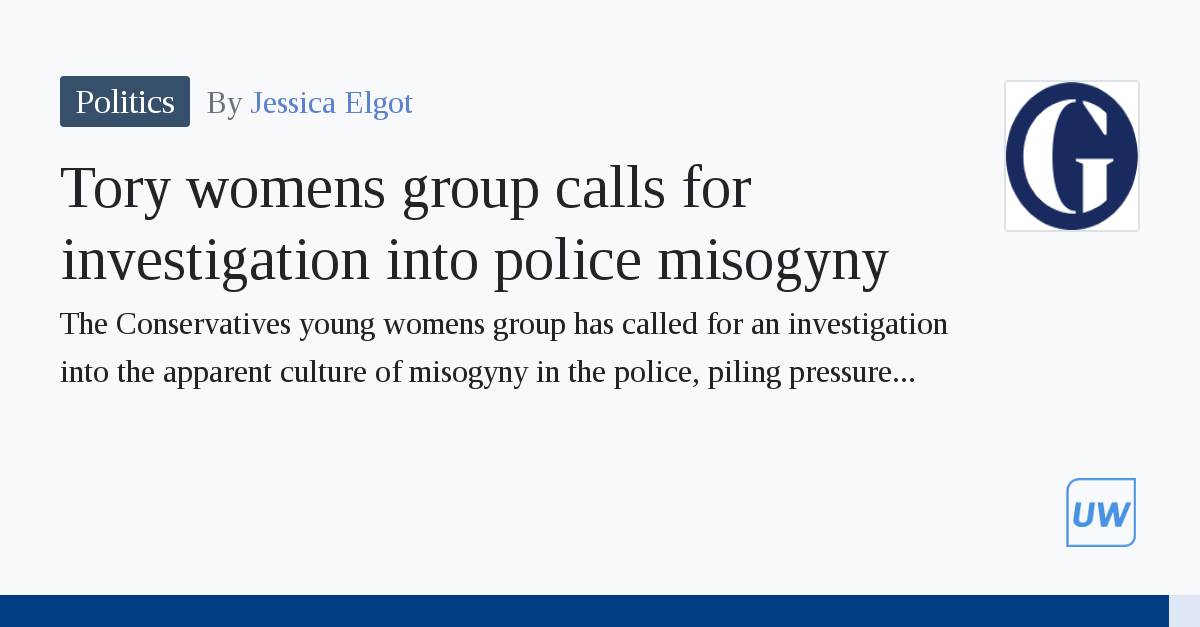 The Conservatives’ young women’s group has called for an investigation into “the apparent culture of misogyny in the police”, piling pressure on Boris Johnson after he faced down calls for a major independent inquiry.

Conservative Young Women spoke out in the wake of Sarah Everard’s murder and after Met police officers were charged over photographs taken at the scene of the murders of Bibaa Henry and Nicole Smallman, which were then allegedly shared in a WhatsApp group.

‘She was deep into it’: Ashli Babbitt, killed in Capitol riot, was devoted conspiracy theorist