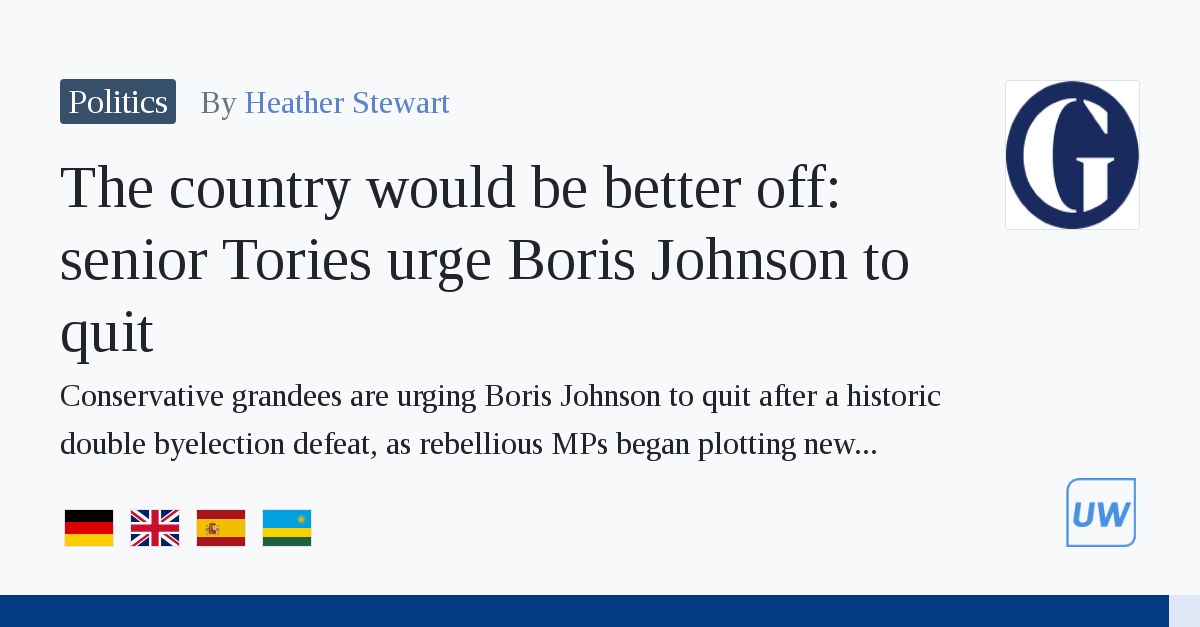 ‘The country would be better off’: senior Tories urge Boris Johnson to quit

The former Conservative leader Michael Howard was among those who demanded the prime minister stand down after the losses in Tiverton and Honiton and Wakefield which prompted the immediate resignation of the party’s co-chair, Oliver Dowden.

Labour ‘red wall’ seats lost to Conservatives in 2019 might be ‘lost...