Global heating ‘may lead to epidemic of… 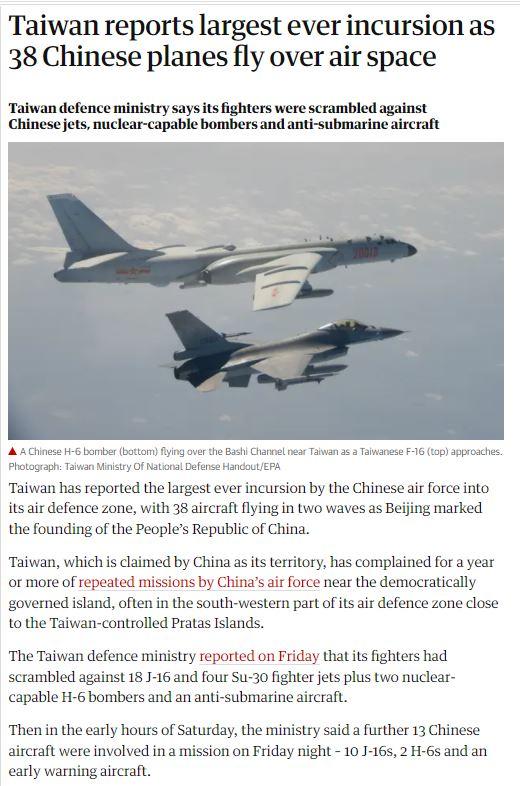 Taiwan has reported the largest ever incursion by the Chinese air force into its air defence zone, with 38 aircraft flying in two waves as Beijing marked the founding of the People’s Republic of China.

Taiwan, which is claimed by China as its territory, has complained for a year or more of repeated missions by China’s air force near the democratically governed island, often in the south-western part of its air defence zone close to the Taiwan-controlled Pratas Islands.

‘We’re going to get it done’: Biden vows to break impasse after Capitol Hill talks

Outdoor mixing may be allowed in England by Easter, reports suggest

Tories accused of levelling up ‘stitch-up’ over regional deprivation fund

‘Many people did something immense, for complete strangers’ – readers’ heroes of...

UK to force Northern Ireland to speed up...

British leavers and remainers as polarised as ever,...