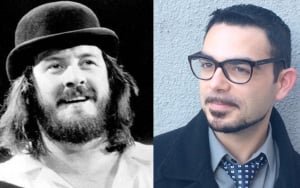 A day before he goes on trial in the French capital, Belgian public broadcaster RTBF has released an interview with the alleged kingpin of the Paris terror attacks, recorded as he was fleeing France in the aftermath of the 2015 massacre.

Salah Abdeslam and 19 others are accused of planning, aiding and carrying out the 13 November suicide bomb and gun attacks on the Stade de France, bars, restaurants and the Bataclan concert hall that killed 130 people and injured 490.