US court to hold pretrial conference in… 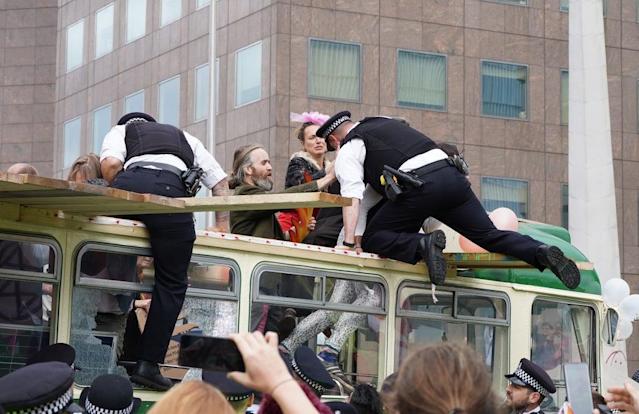 Police in London wielded batons and threw punches against Extinction Rebellion protesters as they battled to gain control of an open-top bus blocking London Bridge on Tuesday, in a step-change in their use of force against the group.

On the ninth day of XR’s latest protest campaign, the Guardian witnessed officers from the Metropolitan police climb the sides of the bus parked across the junction at the south of the bridge, striking and wrestling with protesters.

Welsh teen in hospital with Covid targeted online by anti-vaxxers

Brazil: warning Bolsonaro may be planning military coup amid rallies

UK firms use free beer and popcorn to...