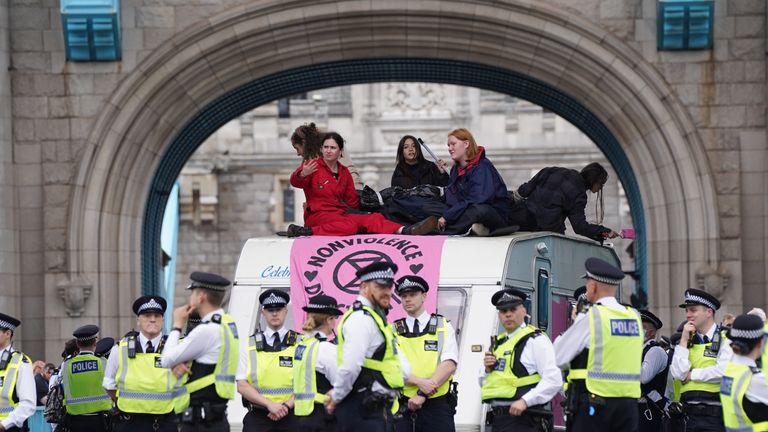 Extinction Rebellion protesters have blocked Tower Bridge with a van and caravan on Sunday in the latest step of their ongoing demonstrations.

Activists from the group, which is also known as XR, lay on the ground near the London landmark to protest against government investment in fossil fuels as part of their fifth wave of mass protests on environmental issues.

Hurricane Ida: over a million without power as New Orleans assesses damage

Mary Wollstonecraft statue becomes one of 2020’s most polarising artworks

Neuroscientist Anil Seth: ‘We risk not understanding the central mystery of life’

Thousands could have isolated for no reason due...