Qumulo Appoints Elissa Fink to Board of Directors 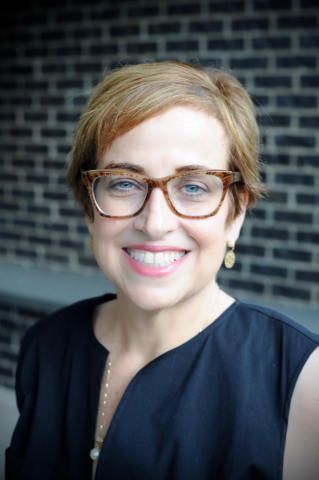 Qumulo, the leading file data platform that helps organisations easily store and manage their file data at scale with unrivalled freedom, control and real-time visibility, today announced that marketing veteran and former Tableau CMO, Elissa Fink, has been named to Qumulo’s board of directors.

Qumulo’s board expansion follows the company’s recently announced $125 million in Series E fundingat a valuation of $1.2B, led by BlackRock. The funding enables Qumulo to further accelerate its leadership in storing and managing digital content across public clouds while advancing the unique capabilities of its disruptive file data platform. Hundreds of customers around the world, including Shell, Hyundai, Capsilon (part of Ellie Mae), Progenity, Vexcel, and Cinesite, rely on Qumulo to store and manage more than 175 billion files.

“Qumulo’s forward-thinking strategy and disruptive file data technology will help customers thrive in the digital era,” said Fink. “It’s an exciting time to join the company’s board. Amidst an environment of global market uncertainty, Qumulo is experiencing surging demand and accelerating momentum. The team is helping more and more customers gain value from their file data faster and at scale. I look forward to helping guide Qumulo’s visionary leadership team and talented professionals as they define a new category in enterprise data management with an unrivalled file data platform built for the cloud.”

Fink joined Tableau in its early start-up days and established Tableau as an iconic brand that redefined the analytics market. She drove marketing through every growth phase, including going public on the NYSE and the company’s transition to the cloud. She led every element of the company’s marketing – from strategy and planning to execution – as the company nearly doubled in revenue each year. A member of the executive leadership team for more than a decade and a company officer, Fink was instrumental in helping Tableau grow the company from under $5 million in revenue to over $1 billion. Currently, Fink serves as a board member for a number of software technology companies and as an adjunct professor at the University of Washington – Michael G. Foster School of Business.

“We are thrilled to have a world-class technology marketing leader like Elissa join our board of directors,” said Bill Richter, CEO of Qumulo. “Her experience building legendary brands like Tableau, which disrupted an entire industry and became synonymous with data, is nothing short of impressive. Elissa’s vision and ability to cultivate what is known as the best customer community and achieving global scale aligns with our company mission. With Elissa’s guidance, we will strengthen our ability to expand our ecosystem further, increase our industry and global recognition, and ultimately take our already impressive success to new heights.”

The post Qumulo Appoints Elissa Fink to Board of Directors appeared first on .

TikTok to partner with Oracle to avoid Trump’s US ban, reports say

LogicMonitor Launches Assessment of IT Readiness – The New Board Imperative