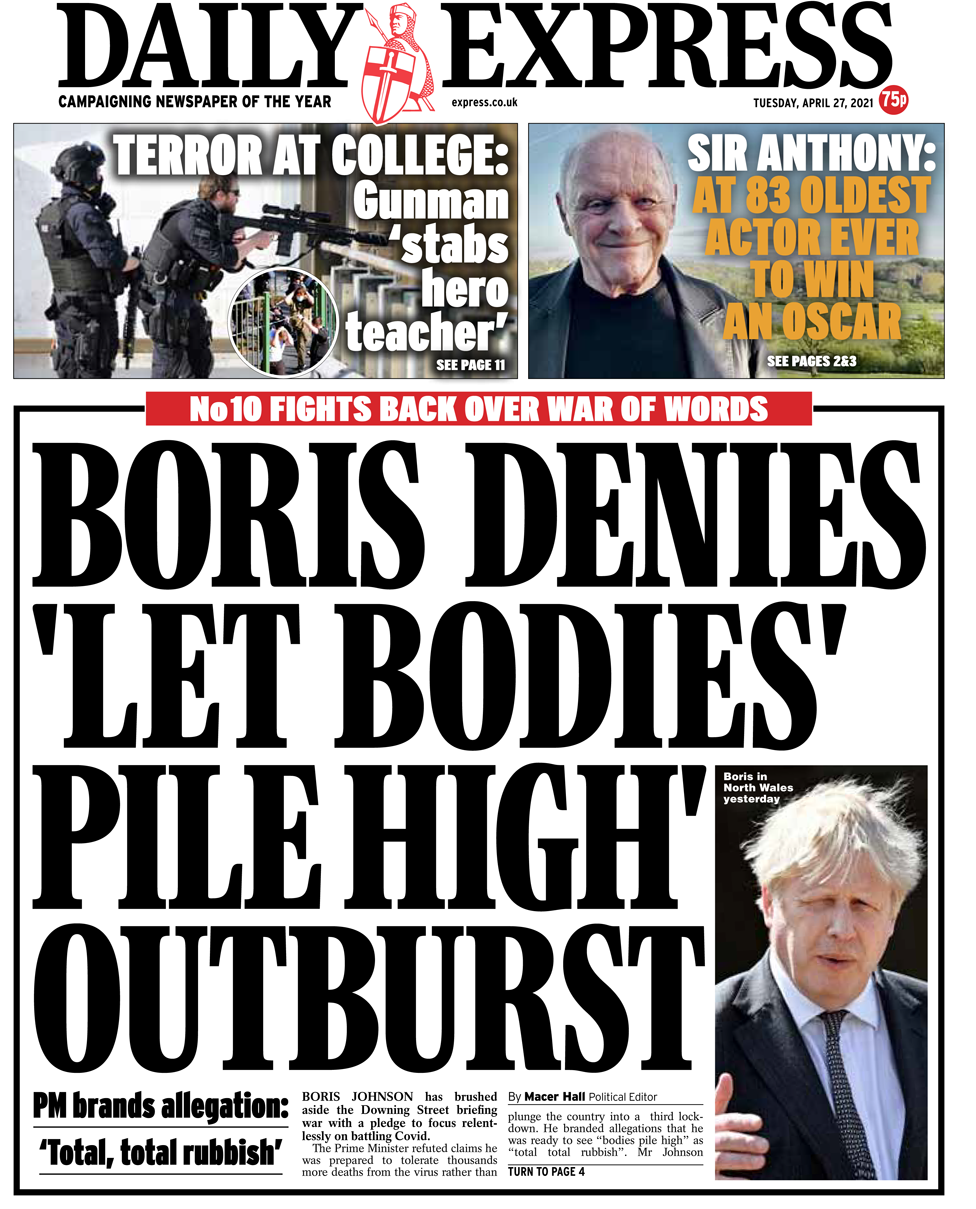 Today the Times reports that in September last year Boris Johnson “repeatedly said that he would rather ‘let it [coronavirus] rip’ during this period than implement another lockdown, because the restrictions would cause businesses to close and people to lose their jobs”. This backs up a report from the BBC earlier this year. (See 11.09am.)

Asked about this claim at the Downing Street lobby briefing, the prime minister’s spokesman replied:

I’ve seen the various reports and speculation which distort the actions of the prime minister. At all times he has been focused on savings lives and livelihoods.

Attendance at state schools in England has returned to pre-pandemic levels last seen a year ago, according to the latest figures published by the Department for Education. Overall attendance in the first week back after the Easter holidays reached 94% for all pupils, the highest proportion since March last year.

While 96% of primary school pupils were in attendance, state secondary schools lagged slightly with only 91% attending, although higher than the 87% in the week before the Easter holidays. In special schools – which typically have lower overall attendance rates – 88% were in class compared with 82% in the last week of March.

This is a testament to the hard work of schools and shows that they can be relied upon to deliver complex safety arrangements whilst also providing a settled learning environment for pupils.

It should be remembered that the government has still not supplied sufficient funding for schools to help them with the costs of these safety measures. The longer schools have to wait for this, the more likely it will be that they’ll have to raid their existing budgets to cover these costs. Ultimately, this will mean a reduction in what schools can spend on pupils themselves.

If Rishi Sunak wants to ‘level with people’...