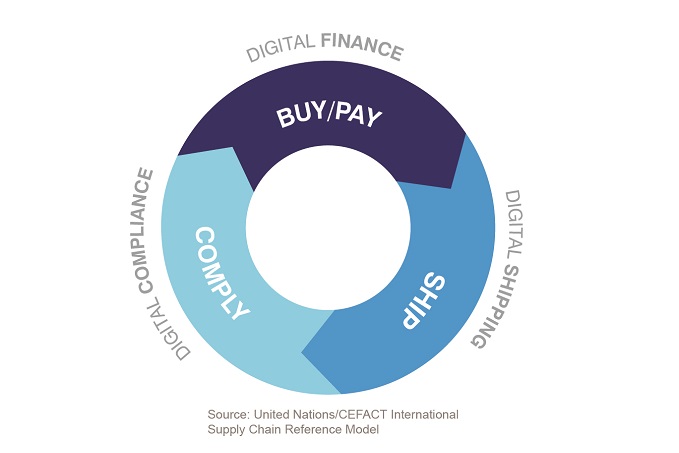 How technology can impact international trade?

International trade has increasingly come under the microscope of late, particularly with the UK and the EU yet to determine a trading agreement to cover services.

This is especially important from the perspective of the UK, with services accounting for approximately 79% of the national economy. Financial services are particularly dominant, with London one of the world’s fiscal powerhouses and one that may face increased competition from Europe, Asia and North America in the future.

From a wider trade perspective, governments and businesses are also seeing technological advancement impact on international shipments. But how is this innovation shaping international trade?

The Rise of Automation and Increased Transparency

We’ll go into further detail about the technologies that are impacting international trade throughout the piece, it’s also important to recognise that many of these innovations are bound by similar concepts and principles.

For example, there’s no doubt that international trade is increasingly governed by automation, which helps to minimise the impact of human error and reduce inefficiencies that exist within the international supply chain.

Blockchain has also underpinned fast-evolving and contemporary payment systems, which are continuing to disrupt traditional banking and retailers across the globe.

More specifically, this has helped to introduce far greater transparency for customers and fiscal organisations alike, as blockchains help to create a visible and immutable record of transactions across an array of different sectors.

A blockchain is effectively a decentralised and distributed ledger, and one that remains largely synonymous with blockchain and the financial services space.

However, the Dubai Chamber of Commerce and Industry is one of many organisations of its type to leverage blockchain technology as a way of improving global trade, with a particular focus on minimising costs and improving security.

What Other Technologies are Impacting International Trade?

We’ve already touched on automation, with this increasingly driven by artificial intelligence (AI) and machine learning.

These concepts can be used to optimise trade shipping routes and intuitively manage vessel traffic at ports, while translating e-commerce search queries from one language to another in real-time.

This also has the potential to create a higher level of efficiency, while it can also translate into the delivery of superior and more consistent customer service over time.

Interestingly, AI has also had a significant impact on the forex market, by reducing the risks associated with trading international currency (with exchange rates crucial to global trade). As a result of this, it has never been easier for businesses to leverage a forex broker and access real-time exchange rates, while understanding how AI is continuing to influence this marketplace.

Mobile payments (from Apple Pay to M-Pesa) are also transforming global commerce, particularly by connecting people to a larger array of market opportunities in real-time.

We may see a crossover between mobile payments and blockchain in the future too, especially as traditional banks and lenders take steps to embrace digital currencies and integrate them into their existing models.

The post How technology can impact international trade? appeared first on .

Cybersecurity Is The Main Driving Force For Digital Transformation Projects

Are you in control of your partner certification and rebate programs?