FTSE 100 rises ahead of Rishi Sunak’s… 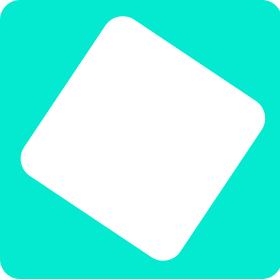 The funding will be used to scale up its developer team and commercial department.

Founded by Marcin Wyszynski, and Pawel Hytry, Spacelift has created a plug-and-play platform that allows teams to automate the management of cloud infrastructure, giving them control, collaboration, and compliance.

Through the company’s platform, teams can build, package, and test applications in a more efficient manner without the risk of downtime.

Furthermore, the Spacelift can also help to keep track of who is connecting to the infrastructure and making changes, to prevent problems that could lead to outages.

Only platform to offer language support

Headquartered in Redwood City, California, the company is in talks with scaling and established companies across Europe and the US.

Initially, Spacelift started as a product focusing on Terraform but has since expanded to encompass other IaC frameworks such as Pulumi and CloudFormation, which is currently in closed beta.

Spacelift is the only IaC management tool to offer language support beyond Terraform, which means teams only need to use one platform instead of several.

Marcin Wyszynski, co-founder, and CEO at Spacelift said: “The switch to using cloud servers and infrastructure as code has benefits for businesses but it has created new challenges for teams, particularly when they are distributed. The slightest mistake can cause major outages and downtime which is obviously bad for business. We designed Spacelift to minimise these issues, by providing automation, control, and visibility tools to teams wherever they are. Our recent expansion into supporting other languages means businesses only need to rely on one tool to manage their infrastructure which will improve productivity and efficiency for teams.”

Pawel Hytry, co-founder and COO at Spacelift, said: “Too many businesses are relying on open-source tools to manage their infrastructure which aren’t compliant and one wrong button can cause a service to go down for hours. At the same time, the shift to remote working means it is more critical than ever to know who is accessing systems and where. Spacelift gives this accessibility and visibility to teams and we’re excited to take the company to the next level with the help of Blossom Capital.”

Imran Ghory, the partner at Blossom Capital, said: “Marcin and Pawel have a unique perspective on how to solve infrastructure management challenges and they’ve created an excellent product. Managing infrastructure has been a persistent pain point for fast-growing teams and the need for specialised management tool platforms has been underlined by the fact that so many teams are now working remotely. Spacelift will help many teams to do more, faster, and will become a go-to tool for DevOps teams.”

Maciej Małysz, partner at Inovo Venture Partners said: “We’ve backed Spacelift since pre-seed and it’s great to see the company go from strength to strength. The DevOps market is exploding and tools like Spacelift will be crucial to keeping teams organised and productive.”

Rob Kniaz, the partner at Hoxton Ventures, said: “Spacelift is changing the game when it comes to infrastructure management. Companies need access to concise tools that offer control and visibility of their systems, not to mention improve their productivity, and Spacelift is doing just that. We were impressed with Marcin and Pawel’s experience as well as their specialist understanding of the issue and how to solve it, and we’re happy to back such a dynamic company.”

Nvidia reveals its plans for Arm

Jacinda Ardern: I try to turn self-doubt into...

Knock knock, who’s there? The Nobel prize for...

Ryanair plans two-thirds of flights this summer as...