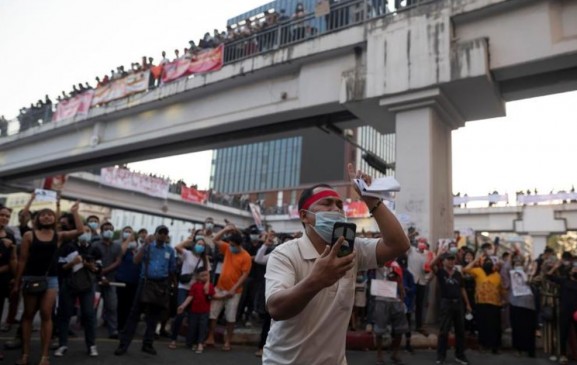 Myanmar protesters vow to continue despite ban on gatherings

Opponents of the coup say they will keep demonstrating, one day after huge crowds prompted the army to introduce a curfew

Opponents of Myanmar’s military coup have vowed to continue nonviolent action on Tuesday in the face of bans on big gatherings, night curfews and road closures following the biggest demonstrations in more than a decade.

Facebook bans misinformation about all vaccines after years of controversy

Covid vaccine to have only ‘marginal impact’ on winter hospital admissions

Security Think Tank: The year of the work-from-home...