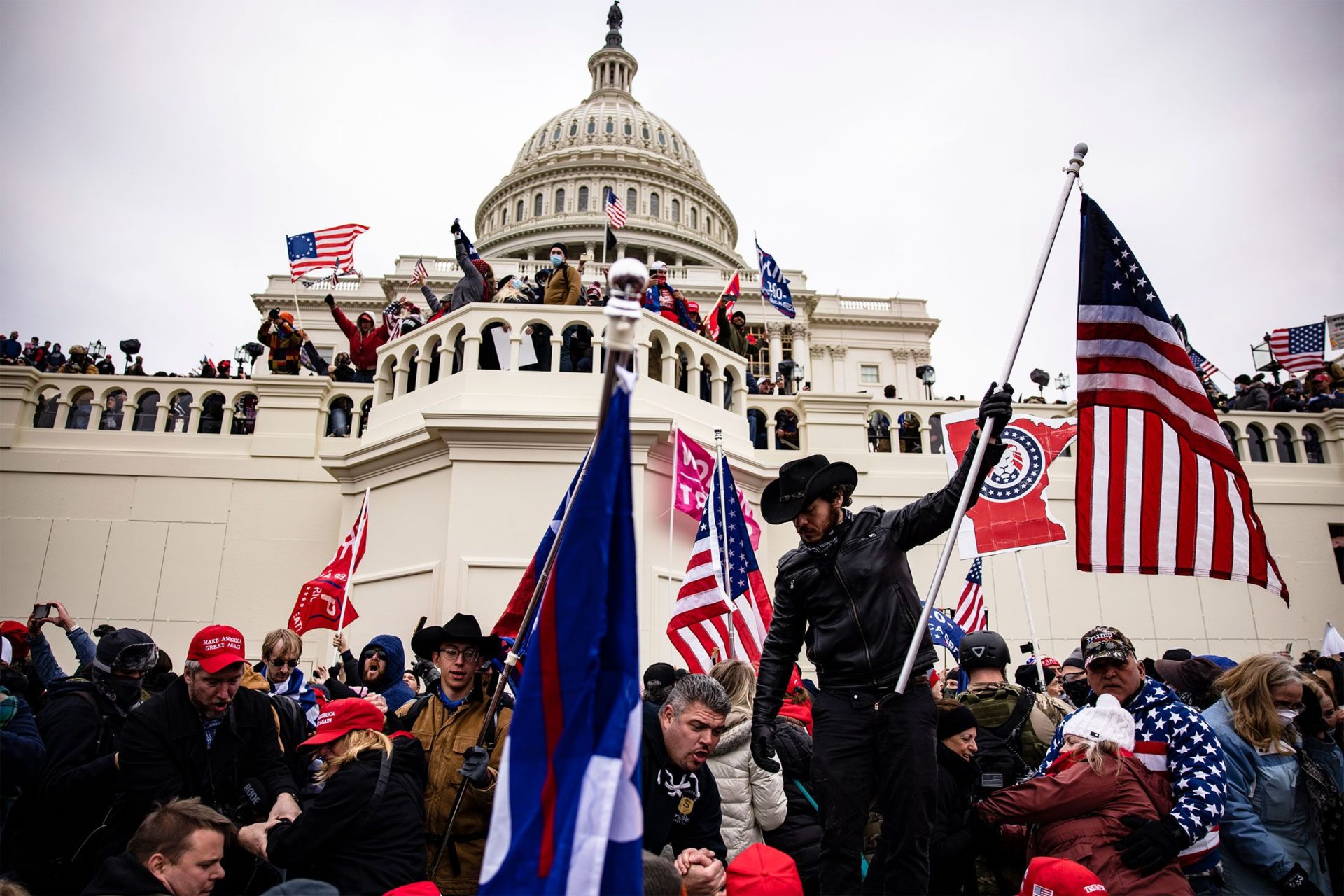 Insurrection: the day white supremacist terror came to the US Capitol

Witnesses say Trump was oblivious to the gravity of the situation as five died, Congress was violated and his vice-president faced the very real possibility of being lynched

If there was one single moment when the veil of American resilience crumbled and the Trumpist assault on democracy turned into an invasion, it arrived just before 1pm on Wednesday.

That was when a group of pro-Trump militants burst through a flimsy outer barrier on the north-west side of the Capitol building and advanced on a secondary barricade guarded by four frightened police officers, dressed only in basic uniforms and soft caps.

Trump taken to hospital by helicopter after Covid diagnosis

Despite sharp increase in number of vulnerabilities, fewer...