How sweet the sound: new orchestral piece to celebrate 250 years of Amazing Grace 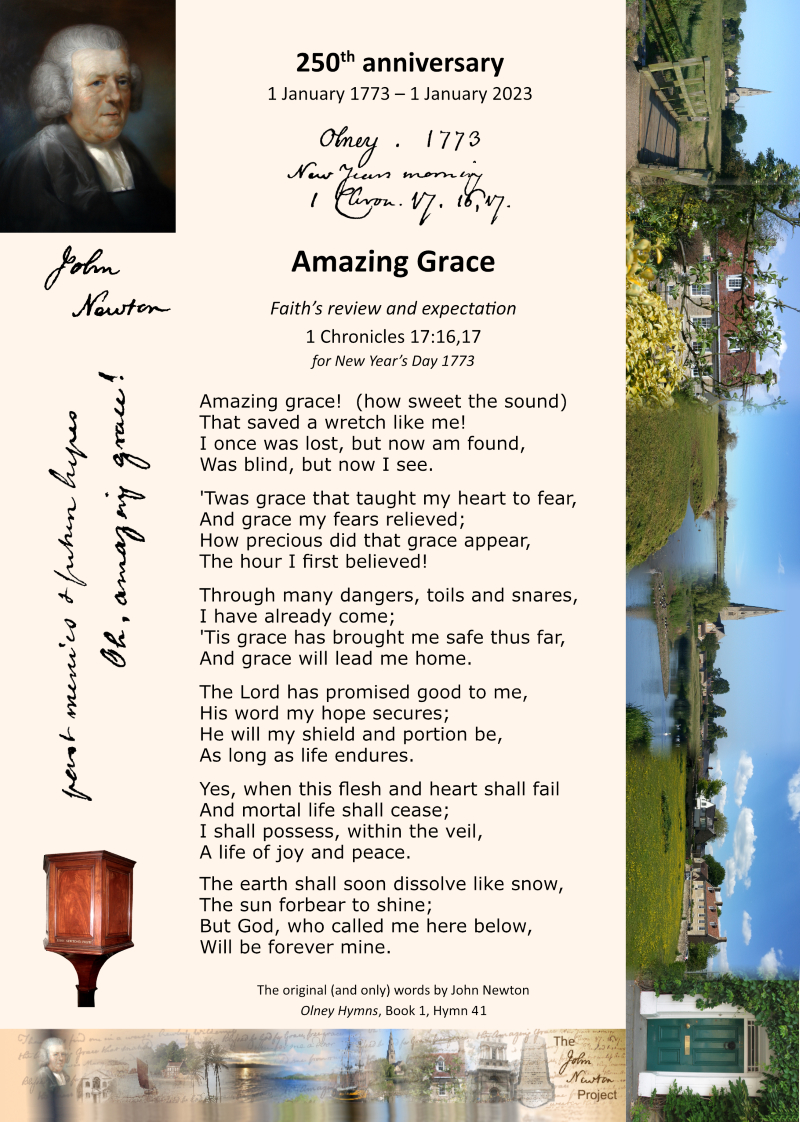 A declaration of gratitude and humility, the Christian anthem Amazing Grace is sung around the world at significant moments. The stirring lyric sometimes expresses a sense of loss, yet equally often a shared hope for the future.

The song, familiar as the soundtrack to social protest, is also closely associated with the arrival of the new year, and its verses were first heard in public 250 years ago on 1 January in the small Buckinghamshire town of Olney, near Milton Keynes. The lyric, thanking God for enlightening a sinner, was originally part of a sermon written for New Year’s Day 1773 by the Rev John Newton, a repentant former slave trader who presided over the congregation at the Olney church of St Peter and St Paul.

Baby beaver born on Exmoor for first time in 400 years