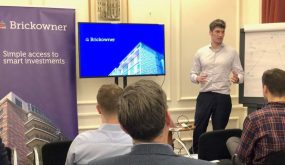 This biotech startup just raised £5.15M to build the future of medicines with AI

Now, Turbine announced that it closed a pre-Series A funding round of €5.7M (nearly £5.15M) led by new investor Accel along with Boston Millenia Partners and XTX Ventures and existing syndicate – Atlantic Labs, Delin Ventures and o2h Ventures.

Szabolcs Nagy, CEO of Turbine said: “We are very excited to have attracted investors of this calibre to Turbine. The proceeds from the current financing will be used to tackle additional areas of high unmet need in oncology with novel simulation-first targets and progressing the PARP resistance portfolio towards later stages of development.”

Radhika Ananth, Vice President of Accel said: “We have been evaluating technology-enabled drug discovery companies with high potential to bring life-changing medicines to patients. Turbine stood out for the quality and level of biological insight its platform could unlock.”

Ekaterina Holt, Head of XTX Ventures, commented: “We have been very impressed with the technology developed by Turbine to date and are confident in their ability to algorithmically improve and further automate drug discovery. We are committed to supporting them as they drive the company forward in 2021.”

Alan Barge, Venture Partner of Delin Ventures and Scientific Advisory Board Member of Turbine said: “The team has made spectacular progress in a year to prove their approach can address the problem of linking biological targets to disease and design preclinical programs that can translate successfully into the clinic. We believe Turbine can fundamentally change the way in which novel targets in precision oncology are identified.”

The team at Turbine aims to tackle the highest unmet need in oncology diseases, after the launch of a PARP resistance-focused pipeline in 2019. Notably, PARP inhibition is the most established area for cancer therapies in DNA Damage Response (DDR). However, there are challenges in drug development as the response rate of PARP inhibitors is low and a majority of those who respond to it acquire resistance after two years.

Most wet-lab experiments provide limited insight into the complex underlying biology of the disease. Eventually, existing preclinical models in oncology often fail to translate into successful drugs in the clinic. In order to improve these outcomes, Turbine has created the Simulated Cell, which includes an advanced digital model of human cell behaviour and cloud-based simulated experiments. It can rapidly run unlimited number of experiments than wet-lab methods.

Guided by AI algorithms, this platform offers significant benefits over industry gold standard screening methods such as CRISPR. It provides granular insight into the molecular mechanism of target-disease interactions. Supported by an enhanced biological understanding of the target intervention and the subset of cancer patients most likely to respond, Turbine’s simulation-based approach increases the likelihood of clinical success.

The post This biotech startup just raised £5.15M to build the future of medicines with AI appeared first on UKTN (UK Tech News).

CBRE predicts 2021 will be record-breaking year for...

House will send article of impeachment against Trump...