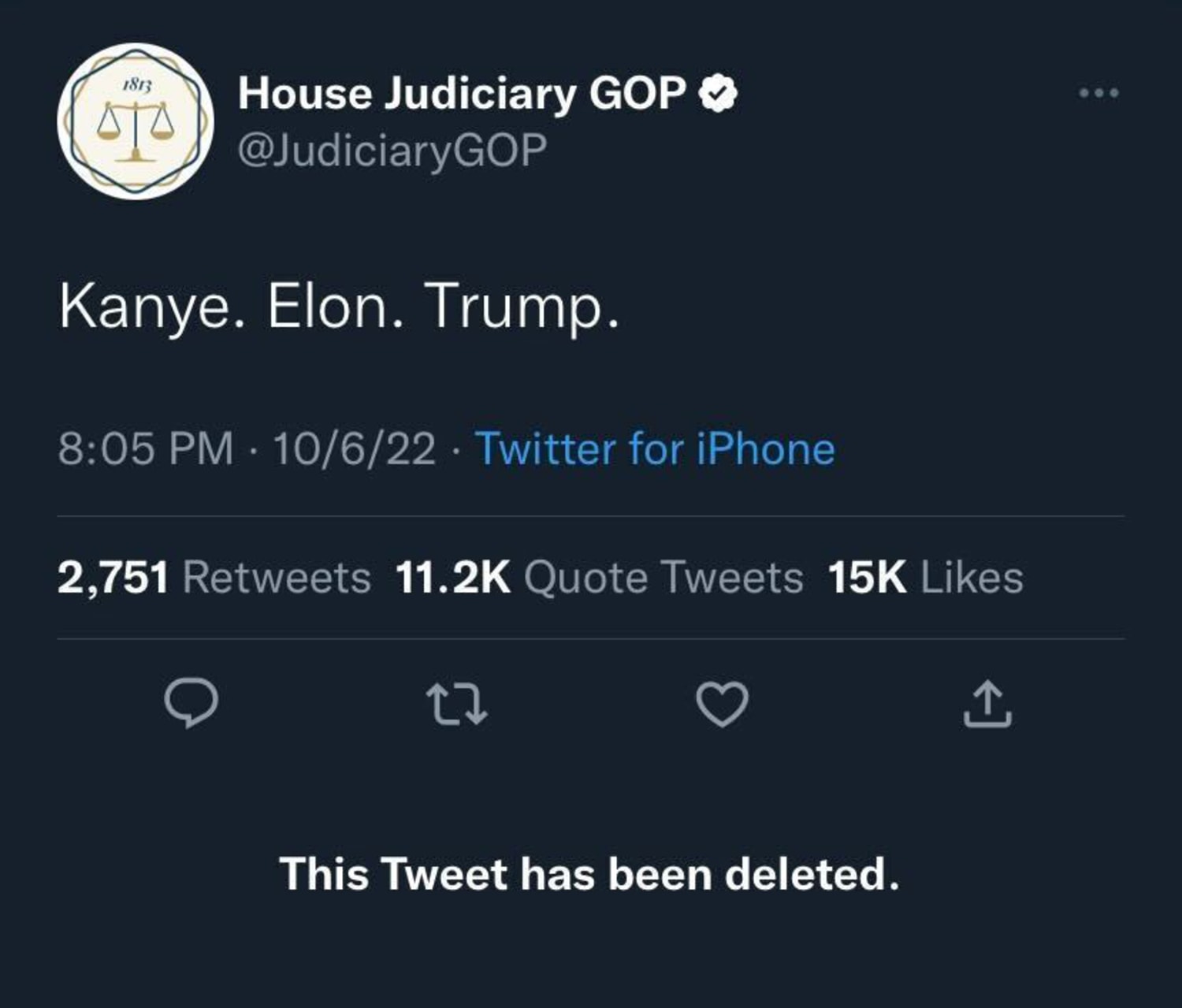 Leading Republicans in the US Congress have deleted a tweet that seemingly expressed support for Ye, a rapper formerly known as Kanye West, after he praised Adolf Hitler and the Nazis.

Since October, a Twitter account run by Republicans on the House of Representatives’ judiciary committee has contained a cryptic post that said: “Kanye. Elon. Trump” – apparently claiming Ye, billionaire entrepreneur Elon Musk and former president Donald Trump as their own.