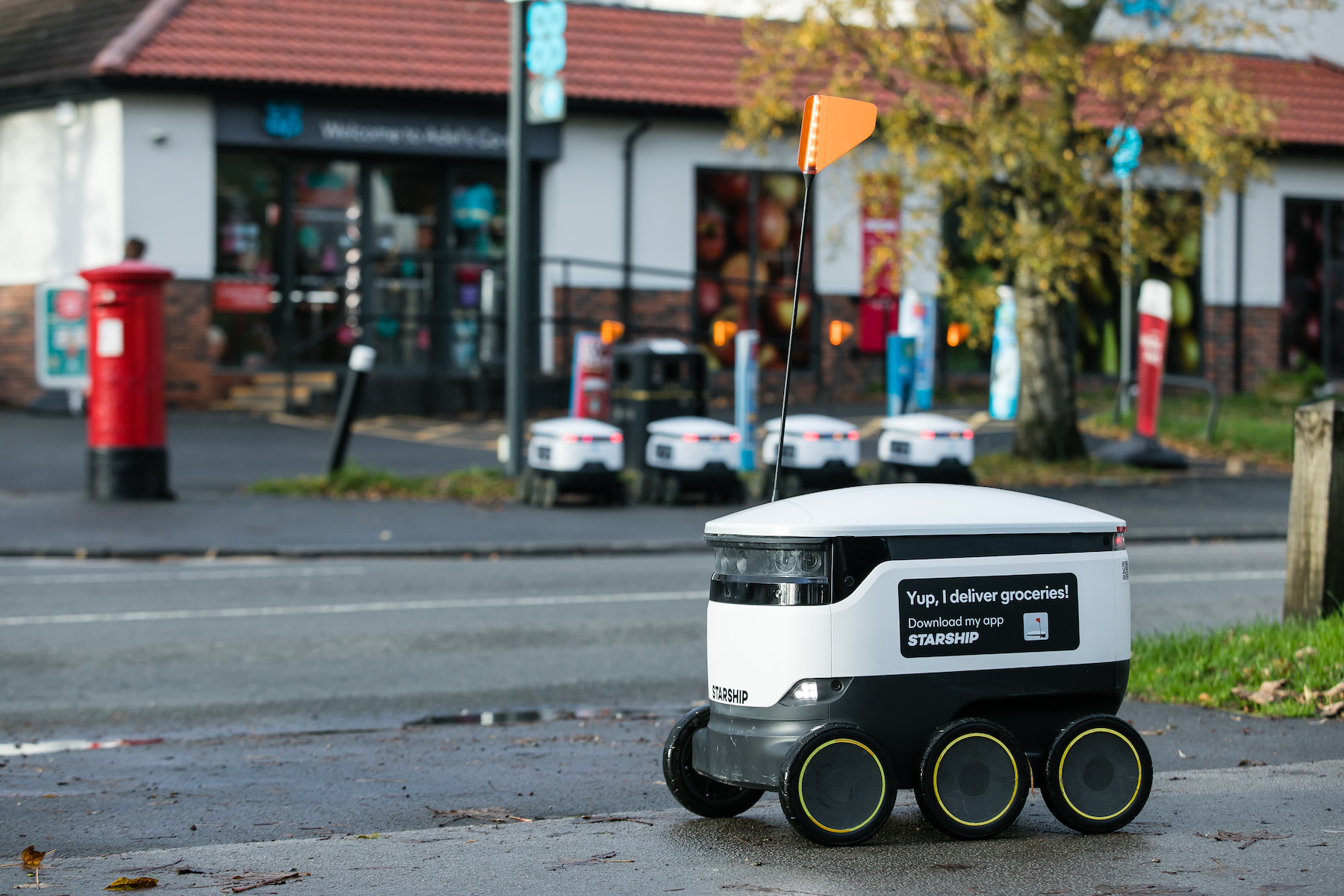 California-headquartered Starship Technologies is rolling out its autonomous delivery robots in Leeds to transport fresh groceries to residents.

The robots, which resemble a white coolbox on six wheels, will deliver goods from local Co-op stores in Leeds ordered through the Starship app.

The service will initially be available to 20,000 Leeds locals and comes through a partnership with Leeds City Council.

Residents, who will be charged a delivery fee, can decide when and where the order will be delivered, monitoring the progress live on a map.

The robots use sensors, artificial intelligence and machine learning to navigate the streets, travelling up to 4mph. The robots will be trialled for three months in Leeds.

Councillor Helen Hayden, Leeds City Council, said: “As a council we are absolutely committed to delivering alternative, sustainable methods of travel to help reach our target of becoming net-zero by 2030. We are trying to reduce the number of short journeys made by car, including those made by delivery vehicles.”

Founded in 2018 in Estonia, Starship Technologies has already put its delivery robots on the streets of Milton Keynes, Bedford, Northampton, Cambourne and Cambridge.

“This is our first significant expansion to the north of England, and we are confident the robots will make a positive impact in terms of actively reducing traffic congestion and carbon emissions, while also providing ease and convenience for local communities,” said Alastair Westgarth, CEO of Starship Technologies.

In the run-up to Christmas, Starship Technologies’ UK robots will be made to look like reindeer.

The future of AI for business is human