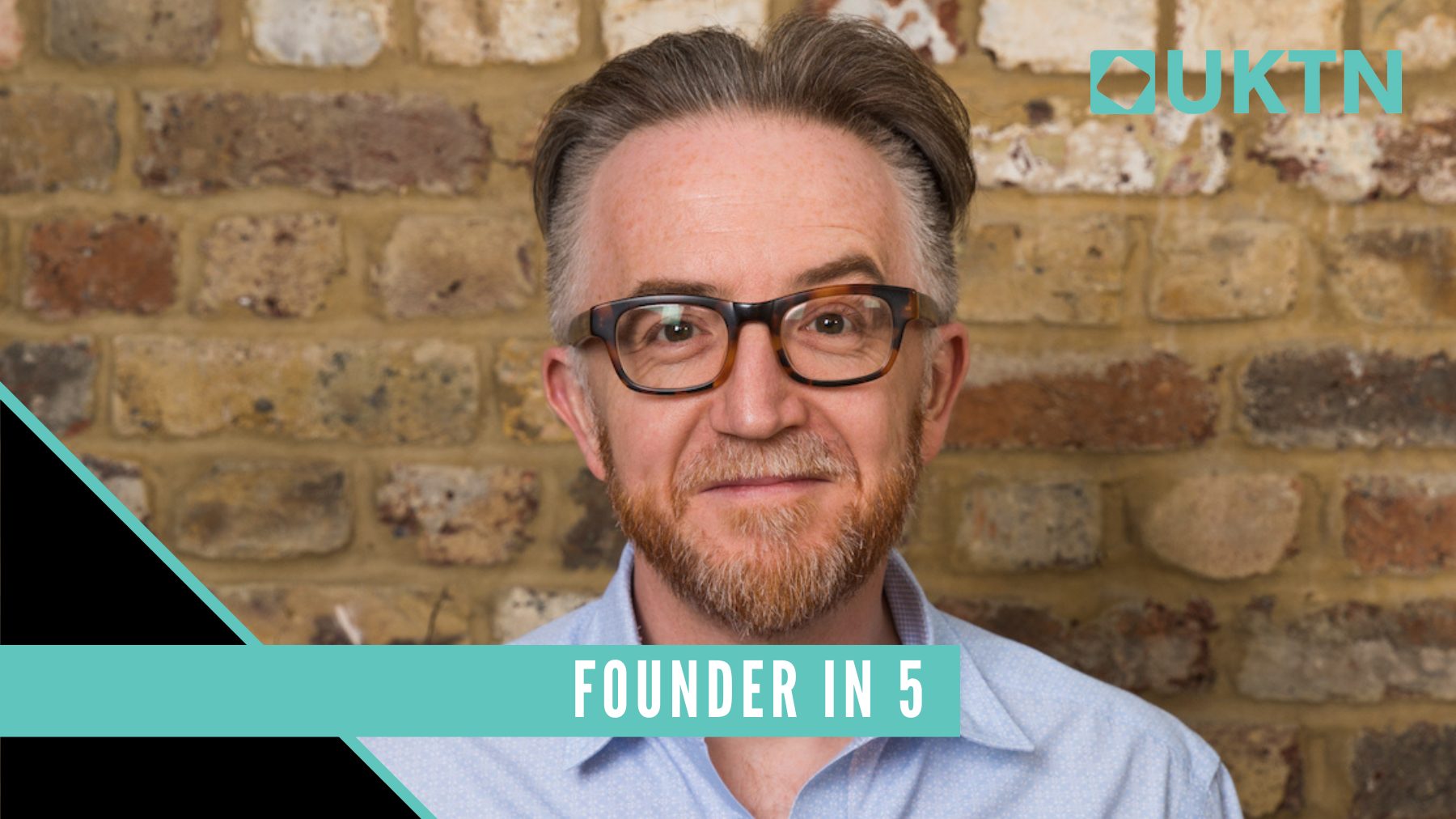 Barney Wragg is the CEO and co-founder of Karakuri, a robotic kitchen automation startup that’s aiming to improve efficiency and cut food waste in restaurants.

Founded in 2018, its two main products are a robotic arm that can serve personalised dishes such as Asian fusion bowls, and an automated fryer.

The London-based company has raised £13.5m in funding and is targeting the canteen and quick service market.

Wragg has a background in physics and music, joining British microchip designer Arm in the 1990s when it was still a startup. He went on to have roles at companies including Universal, EMI and AEG before returning to the startup world to launch Karakuri with co-founder Brent Hoberman.

In this week’s Founder in Five Q&A, Wragg explains why Covid was difficult for robotics businesses, reflects on his time at Arm and reveals the technology he thinks is doomed to fail.

1. Which company’s growth story are you most impressed with?

Barney Wragg: I’m really impressed with fellow UK robotics company Automata, which started out making a low-cost robot for education and traditionally ‘non-robotic’ applications, and have now pivoted into process automation for labs and clinical trials/research.

The pandemic and lockdown were really difficult for robotics businesses, which need cross-functional teams working in a shared physical space to figure things out. The Automata team managed to keep momentum in lockdown and at the same time pivoted their business to support labs with Covid testing and drug trials – while still finding a route to impressive growth at the same time. Very cool.

2. Who’s a leader you admire in your industry?

BW: While I admire many people for many different reasons, my former CEO at Arm, Robin Saxby, stands out. When I joined Arm, it was a tiny startup but much of its DNA, both technically and commercially, was well in place.

The company grew quickly and has gone on to become a world leader in microprocessor IP. When Robin became CEO, he inherited a strong, capable, and ambitious team, as well as some great technology. However, as I look back, I have more appreciation for the groundwork he laid in terms of commercial focus, culture, and communications.

3. What’s a fact about yourself that people might find surprising?

1. I can’t play an instrument. After so many years working in and around music, everybody assumes I can play. I can’t. I have no musical talent at all. My only talent in music was organisation and strategy for how a business or project should develop.

2. I’m good at target archery. As a kid, I had surgeries on my hips and knees and couldn’t play ‘normal’ sports. My Mum dragged me onto the archery field to get me out of the house to do something. I loved it, and became quite good at it!

4.  Which nascent technology holds the most promise?

BW: The work on travelling wave reactors fascinates me. Fission reactors come with risks, but it’s like cars vs. planes. Cars are statistically much riskier than planes, but plane crashes are more catastrophic, so we irrationally fear them. It’s the same for fossil fuels vs. nuclear power. The idea of reusing existing nuclear waste to make a much less harmful byproduct and yield significant energy at the same time is very exciting.

The answer to the planet’s problems has to be clean, cheap energy that enables us to reverse carbon pollution and solve huge economic challenges for the developing world.

5. Which hyped-up technology do you think is doomed to fail?

BW: Unregulated cryptocurrencies. I think the fundamental technology in crypto-based currencies is really interesting, but the lack of regulation leaves their markets too open to manipulation. Market manipulation risks disenfranchising users, leading to technology rejection or at least delaying really valuable deployment.

Founder in Five – a UKTN Q&A series with the entrepreneurs behind the UK’s innovative tech startups, scaleups and unicorns – is published every Friday.