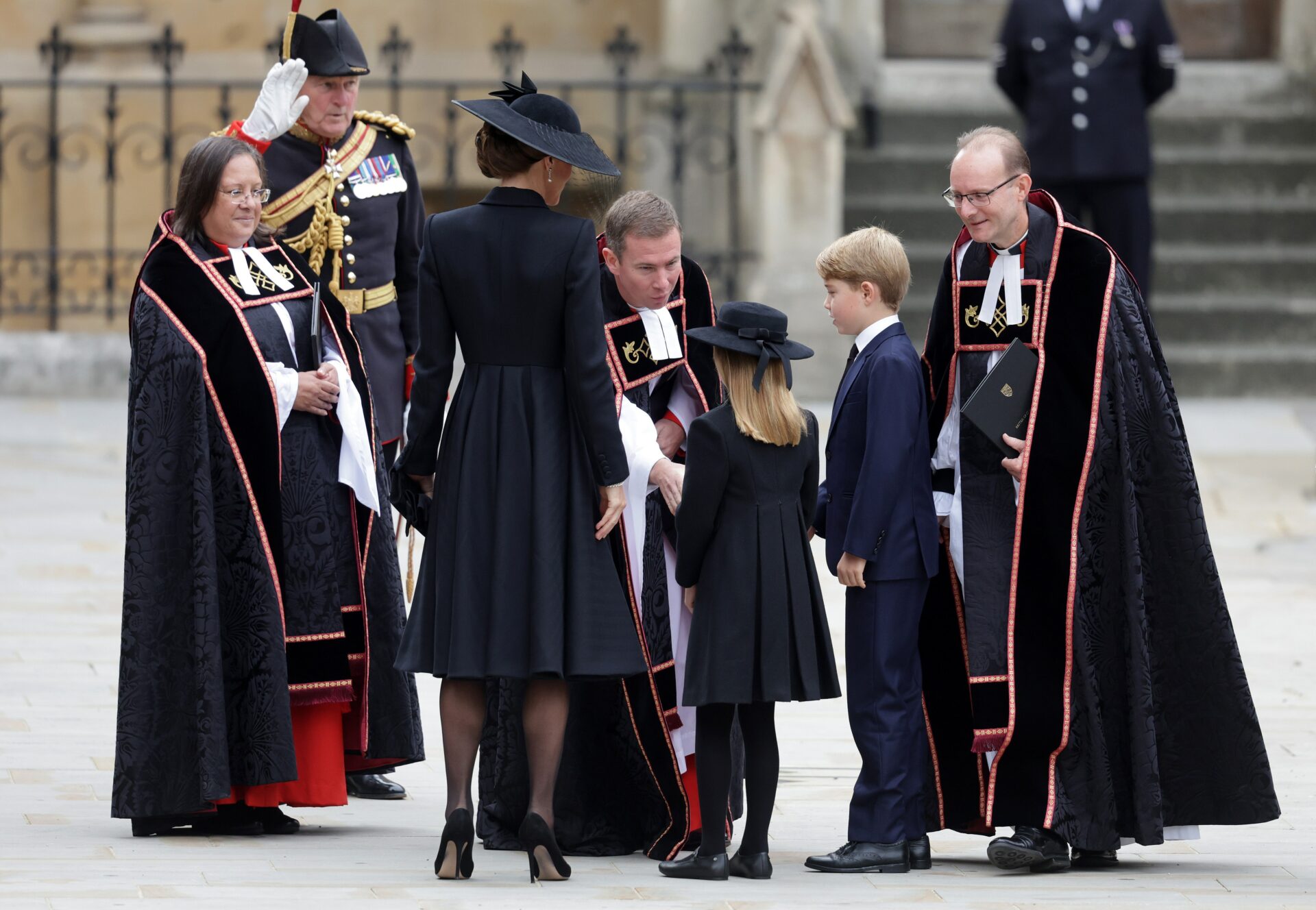 George, second in line to the throne, and his sister, were youngest mourners at Westminster Abbey service

Nine-year old Prince George and Princess Charlotte, seven, were the youngest mourners following the Queen’s coffin as they marched through a nave packed with world leaders in an expression of continuity of the British monarchy.

The Queen’s great-grandson, who became second in line to the throne after her death on 8 September, wore a dark blue suit and black tie as he walked alongside his father, the Prince of Wales, King Charles III’s immediate heir, in his RAF No1 uniform. Alongside him walked his younger sister, in a black dress and wide-brimmed hat, and her mother, the Princess of Wales.

Presidents, royals and VIPs arrive for the Queen’s funeral – in pictures

The Queen: order of service for the committal at St George’s Chapel

Queen’s speech to focus on adult learning and...