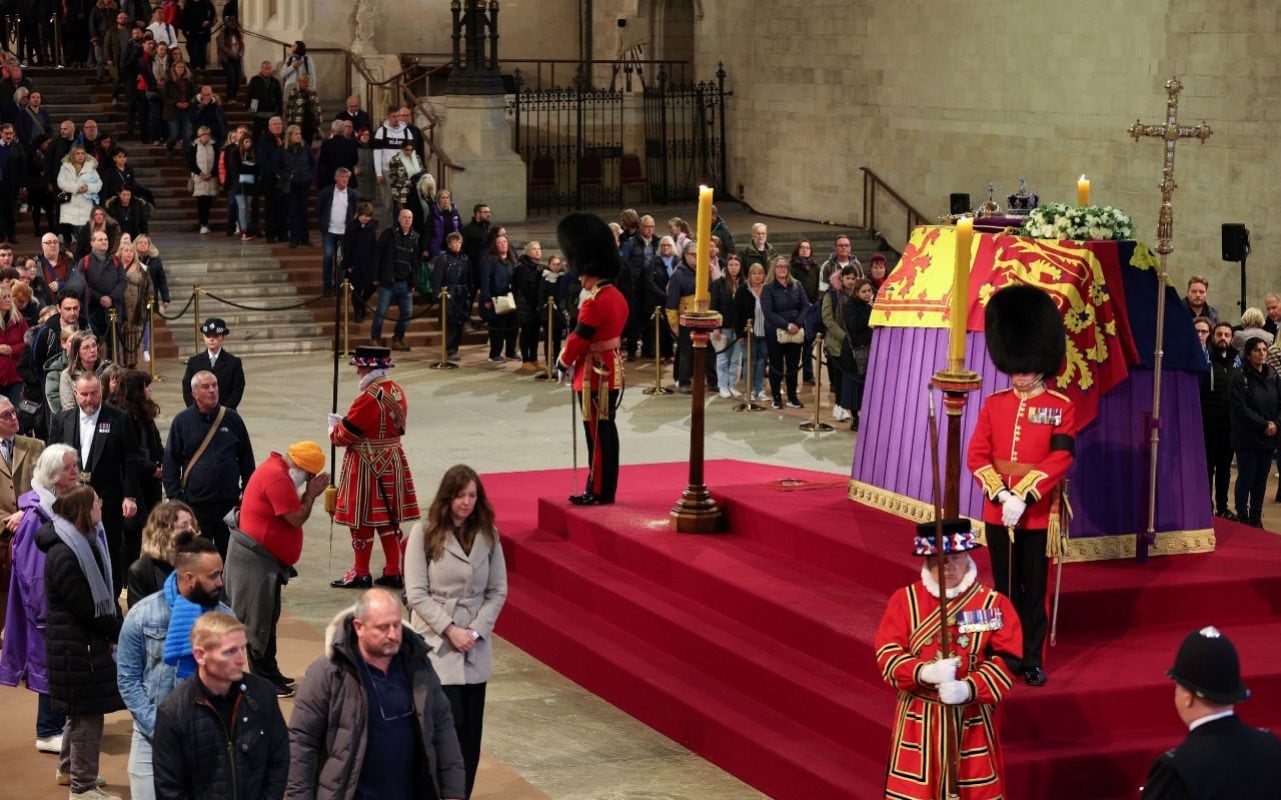 Tonight at 8pm in the UK there is scheduled to be what is described as “a national moment of reflection”, with people urged to observe one minute of silence. That will follow a pre-recorded televised address by the Queen Consort, as Nadeem Badshah reports:

The Queen Consort is to pay a televised tribute to the Queen on Sunday, praising her for carving out her own role for many years while being in the “difficult position” of being a “solitary woman” in a male-dominated world.

The accessible queue for lying in state has reached full capacity and is now permanently closed. Wristbands for all time slots are allocated so that as many people as possible can pay their respects. Please do not join the queue at Tate Britain. Thank you for your understanding.

Labour calls for investigation into allocation of funds for deprived regions

Johnson does not rule out letting double-jabbed tourists skip quarantine

First of three Board Members announced for South...