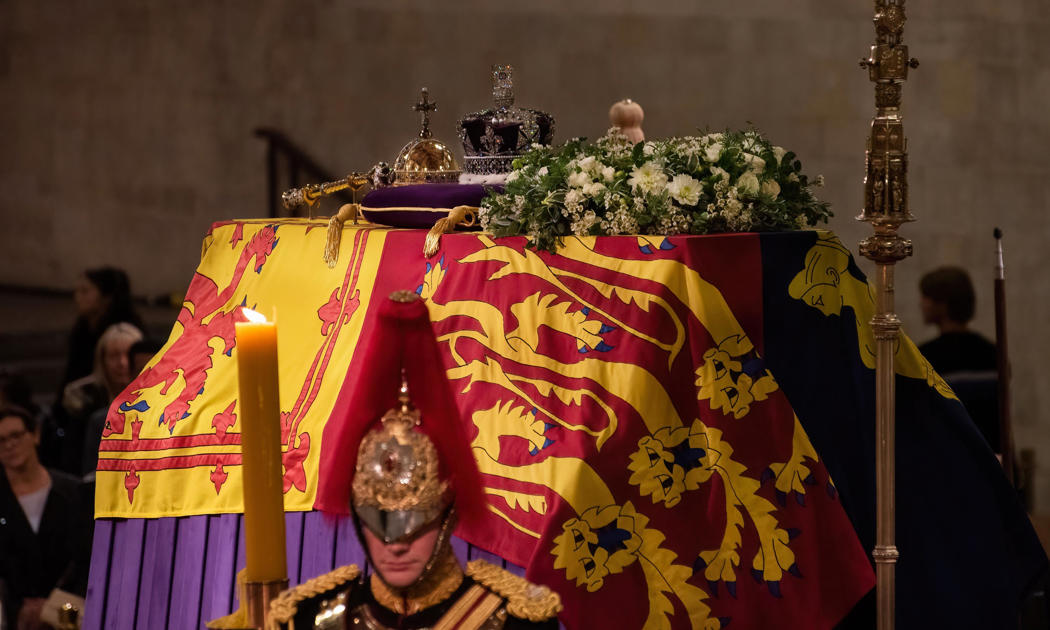 Here is some further detail from Patrick Wintour’s report on Mohammed bin Salman’s reported plan to deliver his country’s condolences to the royal family.

No explanation was given by UK or Saudi sources over Prince Mohammed’s detailed weekend plans, but sensitive judgments are still being made on whether his attendance at the funeral would represent an unacceptable security threat or a distraction from the commemoration of the Queen due to the protests his presence may provoke.

The UK in 2020 sanctioned six named Saudis for their alleged killing of Khashoggi. Some of them were senior advisers to the crown prince, including Ahmed al-Asiri, deputy head of the Saudi Intelligence services; Saud bin Abdullah al-Qahtani, adviser to the crown prince in the royal court; Salah Muhammed al-Tubaigy, forensic doctor with the Saudi interior ministry; Mustafa al-Madani, brigadier general and intelligence officer in Saudi Arabia; Naif Hassan al-Arifi, first lieutenant for external intelligence; and major general Mansour Othman Abahussain.