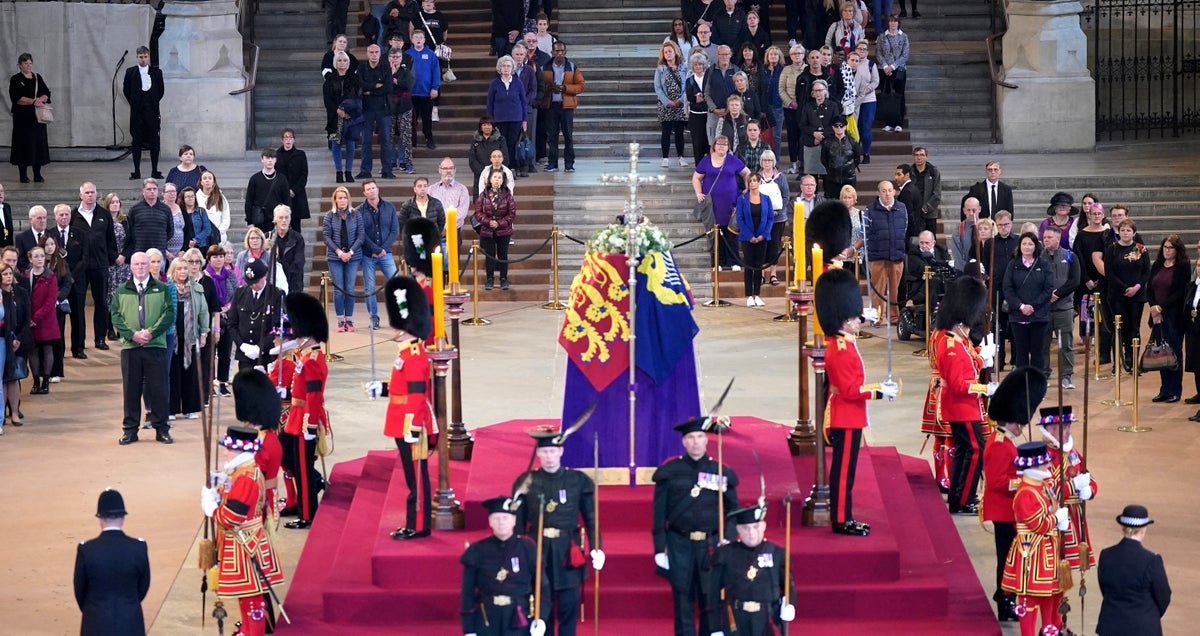 Among the most poignant of ceremonies before the Queen’s state funeral will be the vigil of princes on Friday evening, when the King and his siblings will stand watch over her coffin during her official lying in state.

The King, the Princess Royal, the Duke of York and the Earl of Wessex will mount guard at the four corners of the catafalque in Westminster Hall for the 15-minute vigil. All will be in military uniform, including Prince Andrew, who as a non-working royal has been granted dispensation to wear uniform for this most personal of gestures.

Explainer: could Vladimir Putin be prosecuted for war crimes?

Could you spot a grampy pig? Schools could soon offer natural history...