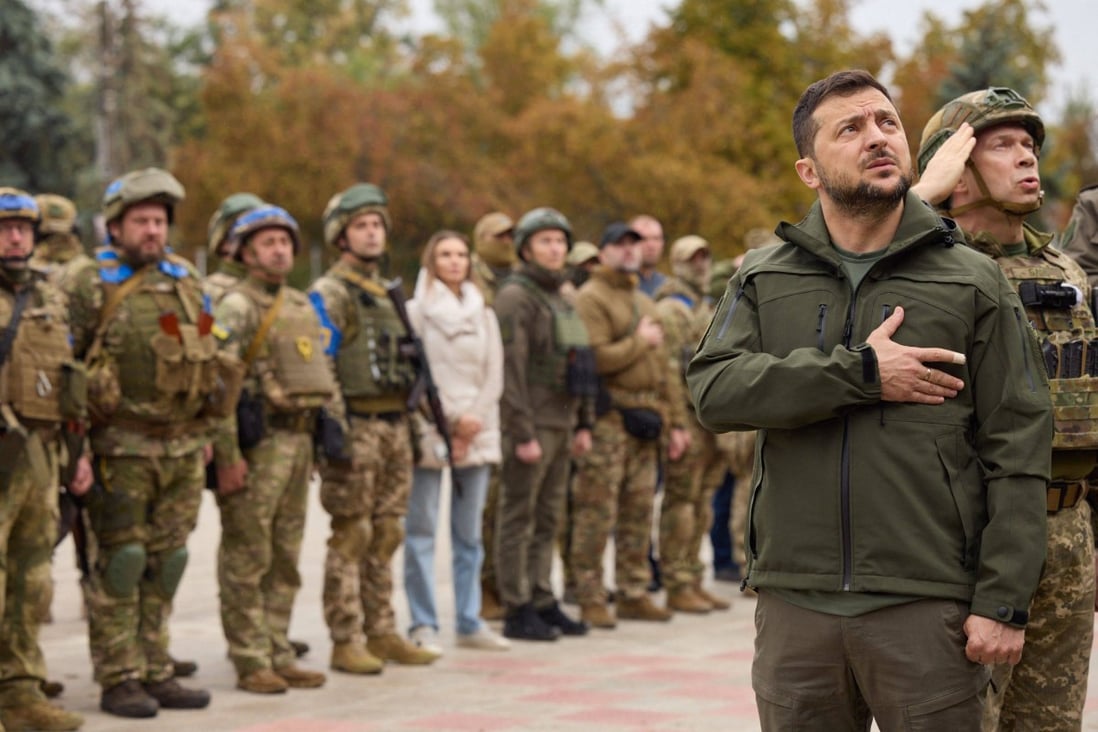 The Ukrainian president, Volodymyr Zelenskiy, made a surprise visit to the frontline on Wednesday when he toured the north-eastern city of Izium, which Ukrainian forces recaptured last week as part of their stunning counteroffensive.

Zelenskiy said he was “very shocked” but not surprised by the scale of the damage to the city. He thanked the paratroopers who took part in Izium’s liberation and watched as the Ukrainian flag was raised in front of its gutted administration building.

Police in England say they won’t enforce masks in supermarkets